A shield of congress.

Or actually, re-installing a shield on a congress. 🙂

A friend on EDCC forums posted a knife of a distinct style, that I hadn’t remembered him having. Upon inquiry he informed me that he has actually had it for aboug 6 years. It got shelved at somepoing after it lost its shield.

Some time later he found the shield (in the dryer) and put it in a safe place. Then forgot where. A time passed and it was found, then the knife found. The morning he posted about it, he had finally gotten the shield super glued back in.

The whole thing reminded me that Somewhere I have a Colt congress, that lost its shield. And I remember where I put the shield when I found it, about 5 or 6 years ago! 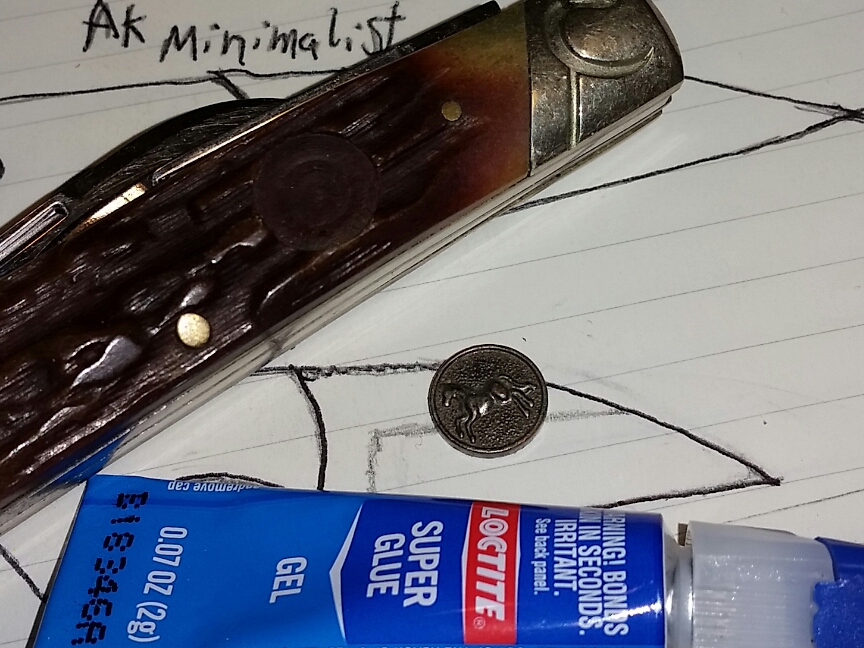 Had to scrape some bone and glue off the back of the thing;

A new category of entries/posts for the site!

Amazing Lost And Found Files; I figured these occurrences needed a name, considering how often it tends to happen. And how interesting, amazing and even hilarious myself, and a few other tend to find it. 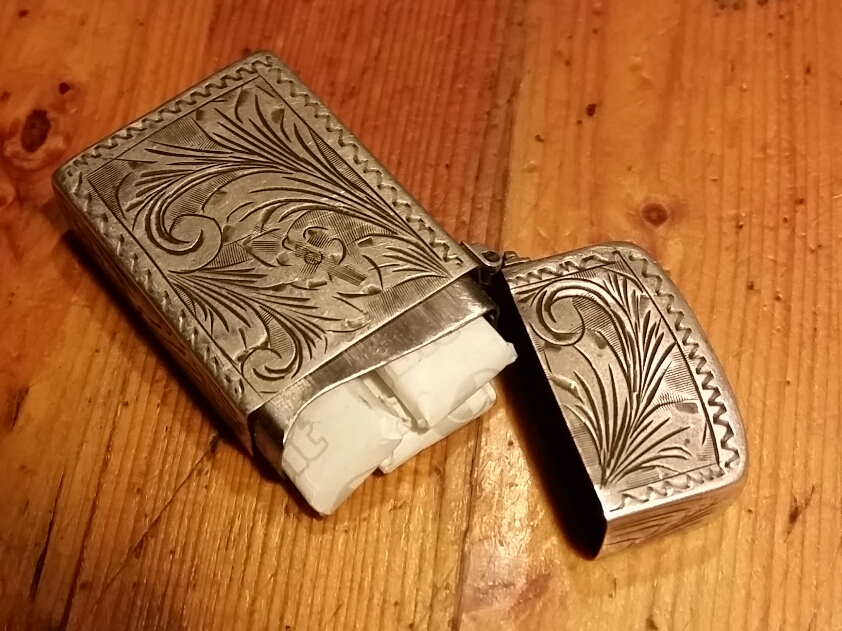 I apparently lost my vintage silver lighter turned gum case for about 8 days.
And I didn’t know it til the 8th day, this last Monday!!
I needed gum to transfer to/refill another case and couldn’t find it, realized I hadn’t seen it since Sunday the 7th.
From the pocket dump pic I had from that day being dated late that night I thought at least it had come home… But I couldn’t find it at home, in a bag, or the truck.. After 3 searches.
Then I realized that the time stamp was from the re-sizing of the pic… And remembered that I’d taken the pic when I laid out gear the night before. So maybe it didn’t come home. Two obvious places to search, and the only places I’d been really, we’re church and a buddies truck.
The truck I wouldn’t have possible access to till probably this coming weekend, wrote that off knowing if it was in it, it would probably still be down the seat, and safe, or knowingly set aside as probably mine, and still safe if it’d been found.
Figured if it was left at church, this last weeks cleaning should have found it if someone else hadn’t, and either way it’d probably be on a foyer table or in the lost and found; Stopped at church on my way to work Monday evening and found it on top of the lost and found box.
Yippppeeeee!! 😀 😀
Afterwards I vaugely remembered having it out at church and laying it down on the pew with my phone once, maybe twice. Uhuh… must be getting forgetful… lol.

As you may remember, a little over a month ago, around March 20th, I posted about losing a knife.

Well, about 1.5 weeks ago, I got a text with a picture from a friend I had visited and helped the day I lost it.

Yup! Found, amazingly intact, in his driveway, close to where I’d parked!

Took a week til last Sunday, for me to get to meet up with him and get it.

As I said, it is amazingly intact, and unhurt, for having laid in a snowy, gravely driveway for over a month!

But it isn’t unhurt either. A fair amount of rust has been acquired, although a lot of it surface rust. 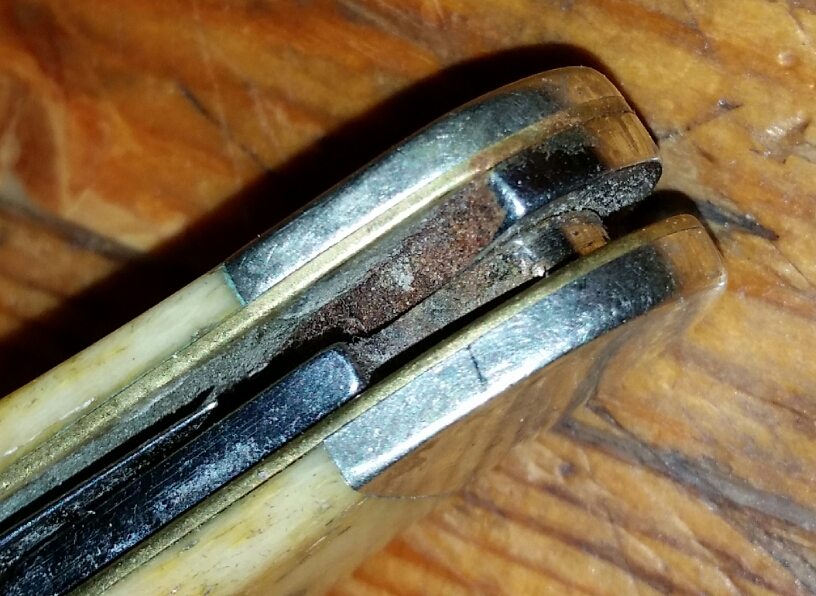 The main clip blade was unopenable without repeated efforts, and some mud removal. Amazingly the secondary spear blade was stiff, but came open easilly. And is astoundingly unmarked except one small spot.

I’ll be doing a good and thorough cleaning soon, and put it back into rotation.

All will be easy enough to clean off, except the thicker corrosion on the inner side of the springs. It looks to be a loose easily removed surface rust, a flaky scale. But its location and thin limited access will make it difficult.