Posted on November 9, 2019 by akadventurer

But then, I knew I would when I bought it. my usual, favorite blade preferences, applied to my favorite blade arrangement. (Yeah, you should have seen this coming when I first posted the knife!)

Clip into sheeps foot, clipped shorter and narrowed, then re-edged. Also dropped the kick, to sit lower in the frame when closed, as far as I could. 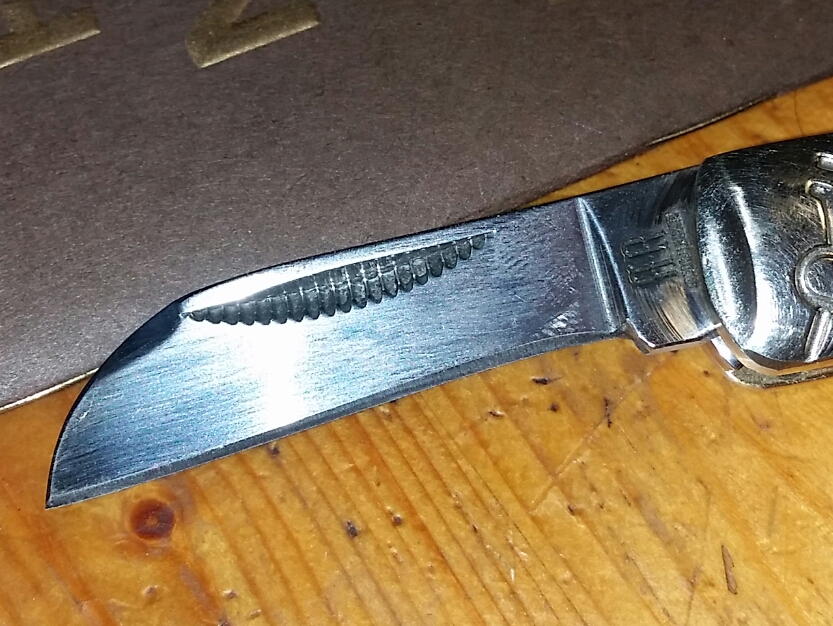 The spey I made into a clip/skinner, taking some of the swedge out, and removing the raised tip.

With its bigger cousin, the same mods on a Case Muskrat. The moose isn’t actually any narrower, and its thicker. But is shorter.

Its enough of a difference though, its smaller in pocket, which was what I was after in a mini muskrat/moose frame. But it still grips nice in hand, a great bonus.