Have had both of these a while, the 8OT Stockman a couple years, and have carried it off and on. The 94OT Trapper almost as long, but hadn’t used it.

The Stockman came from a close friend, a knife he used to carry/use. We were cleaning out a tool box in one of his old trucks. The box had gotten full of water… Yup, knife was solid orange rust. He said if I thought I could do something with it I could have it.

The trapper came from another friend, as I recall by way of a passaround box on a forum, was one he snagged at a flea market. It was badically clean, just hard rust in the joints and on the areas where the blades were exposed. I intended to give it a good cleaning, but it always got put on a back burner.

Anyway, time to kill, and lots of elbow grease, and I got them both cleaned up.

1st round is WD-40 and a cloth for any soft/new rust, and loose dirt.

2nd round is light oil on a Scotch Brite pad for blades and back of springs.

3rd round is Flitz polish on the scotch brite pad for blades, springs, and bolsters.

4th round is the Flitz on a soft cloth, for everything, delrin included. 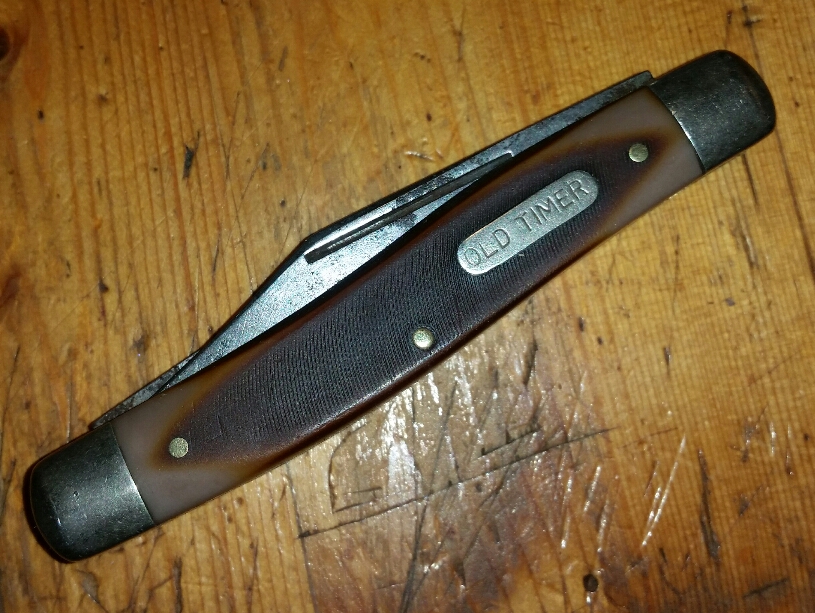 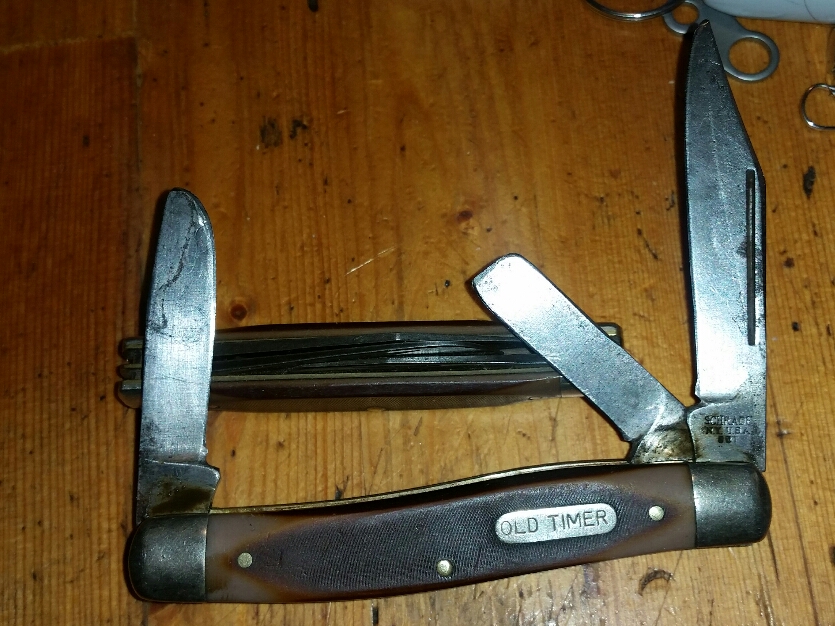 Not perfect, and I wouldn’t want that. There is still some set-in hard rust, and some patina too. Shows they’ve had a life already, and an interesting one too.