Killing time last night, and sorting things in the shop, while looking for something, I came across a tool box I never use.
I got this thing in early 2011. The guy I was working for then had the Big Stanley FatMax rolling tiered tool box and it worked great. I figured I’d try the smaller version. 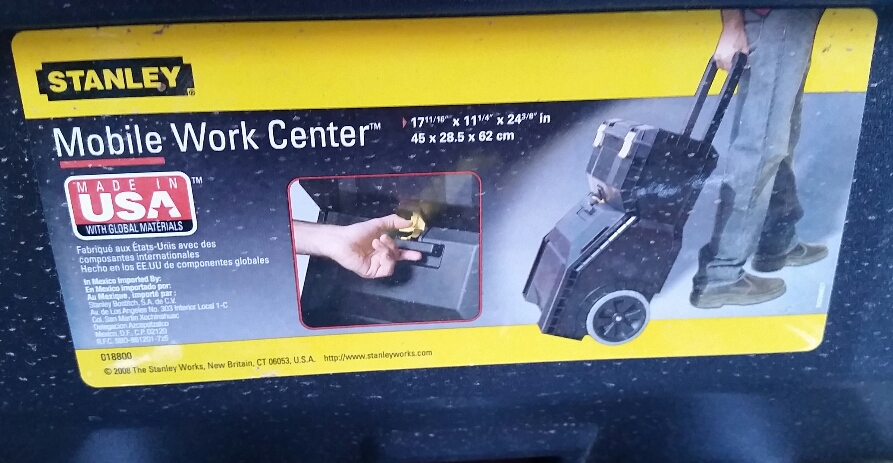 Great concept, but it never worked for me. The way the lower opening was accessed, the angled opening and top to the area, you couldn’t use all of the space and close it. And nothing I ever wanted to put in it would fit.

Then anything I did put in the bottom wasn’t heavy enough; The balance point wasn’t over the wheels, but behind them, so getting many tools in the top meant it would fall over backwards all the time unless it was on a dead flat and smooth surface(I defy you to find one of those on a construction site!)
It would have been so much more useful to just make the top area 2″ wider front to back and eliminate the angled door area. Even a fully vertical door wouldn’t limit access or space usage this much!
So I modified it into something I can use. I’d have probably never though of this if I hadn’t already modified something else earlier in the evening, in the same way. (More on that in a later post!)
I took an angle grinder with a cut off wheel on it, and cut the top off making a regular hand tool box. File and knife to trim up the melted/jagged plastic and voila; 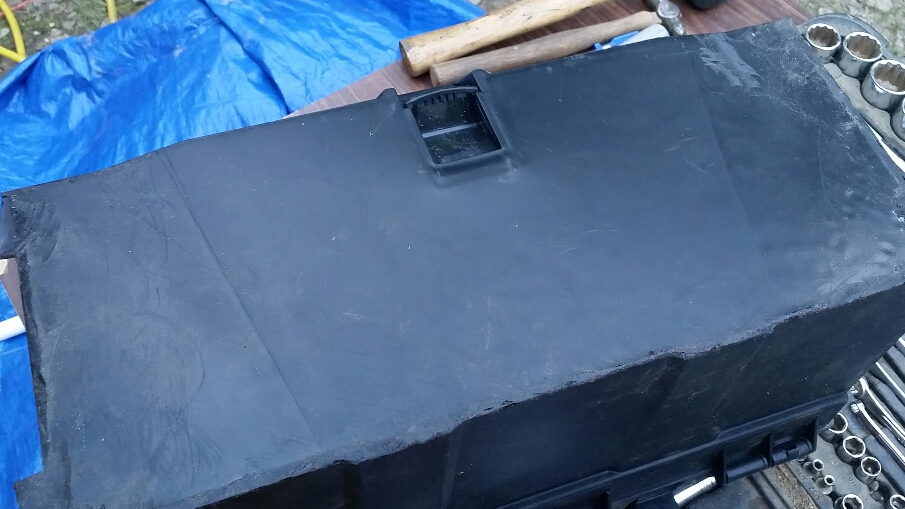 I started to take the folding top handle off, but it was going to leave too many holes in the lid. As it is with it on there it’s not exactly water tight, but it’s better than it would be.

Figured it’d be too off balance to use that handle, but I threw some tools in it and tried it; Works good! Not sure why I’d ever need it over the regular handle, but it doesn’t hurt anything to leave it.
Looked around some and found the tray that came in it too. 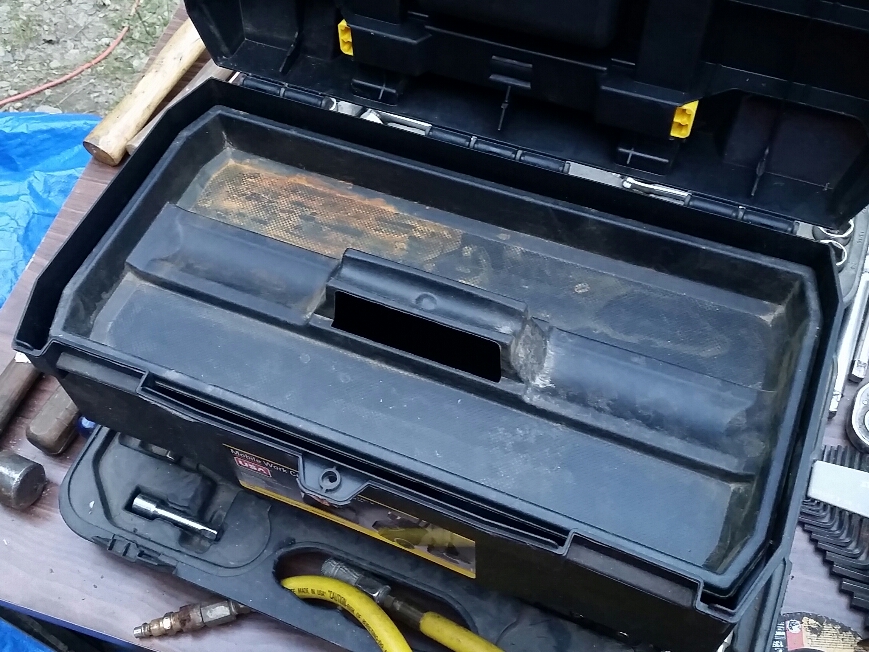 Now, as for the bottom half… I’m not sure yet. But without the top on it crowding andlimiting the space, it’s actually rather roomy. Think I’ll pitch the sliding door, since it’s latch is molded to the top box I took off and it still limits usable space. 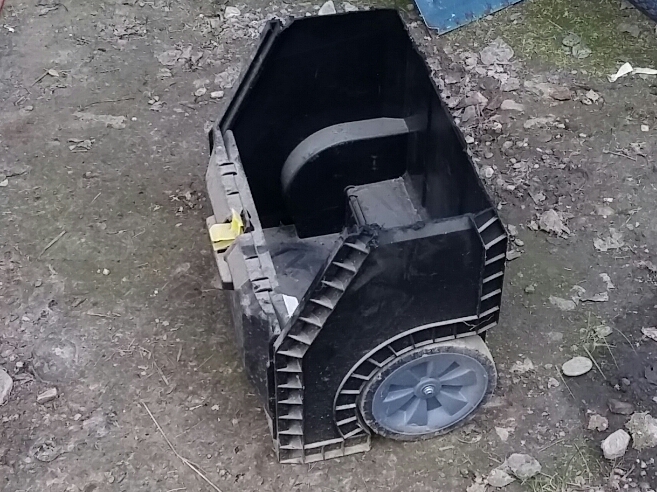 I’m thinking it might make a nice light weight hand truck/cart sort of thing for the yard if I put a new handle on it, and maybe open it up and mount a milk crate.. Dunno yet exactly. 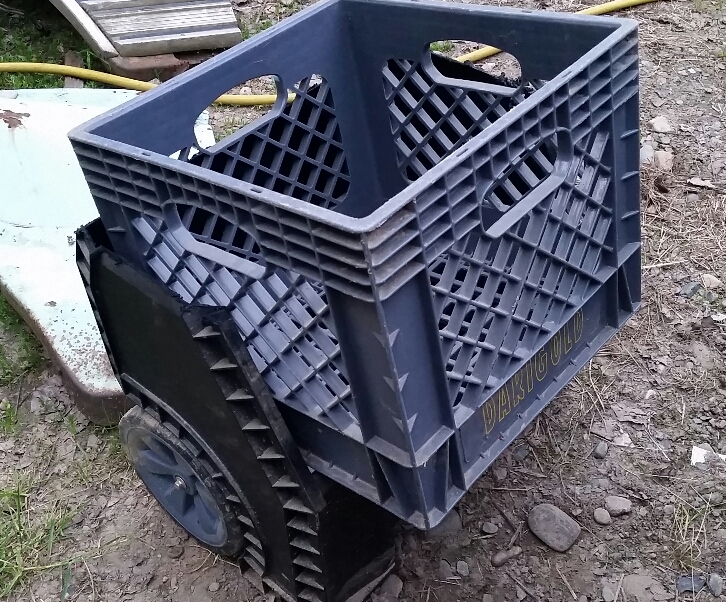