I got tired of running everythi g straight off the battery… Was running out of space for the wires around the terminals too.

A lot you don’t get to see here, like removal of the front inner fenders,  pulling the rack and tank cover, and routing wires…

I have it now run as;

And the battery-> relay(switched)-> fuse panel.

I tapped the keyed hot wire that I previously tapped for winch switch signal, -what was the speedometer power wire-.
That activates an 80A relay. The relay hot activates a heavy 10ga wire from the battery, to the new fuse block.  I didn’t have one on hand, so later I need to add a heavy 60A or 70A fuse between the battery and the relay. 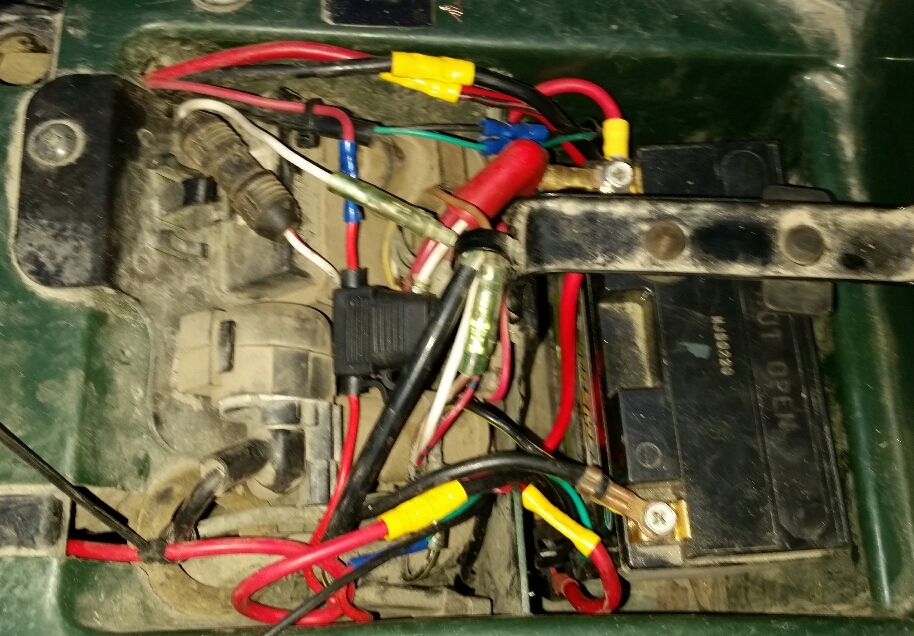 Relay next to battery 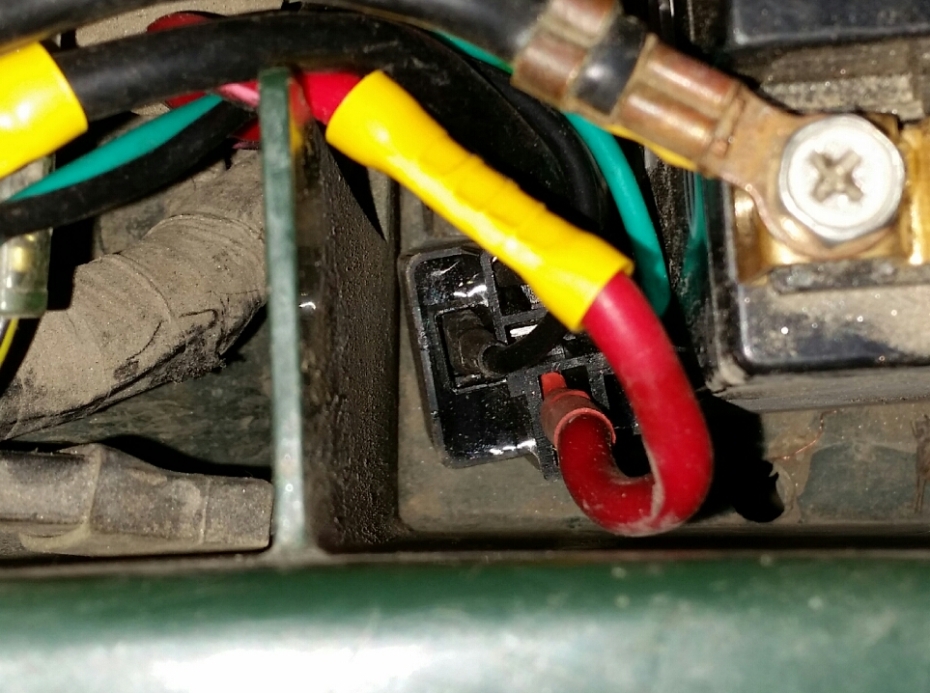 Also found that even with key off, I have 0.10V after the relay… It’s bleeding power. But there is no amperage there, so no drain, it’s fine. (Or so my electronics technician friend tells me 😉 ).

The box will also house a switch panel when I’m done, thus it’s placement on the fender(and honestly it’s getting hard to find places to put wiring on this thing!)

When done I’ll have that fancy split wire loom/cover stuff on the wires. Will also silicone seal all box holes, and some connections.