I started with the concept of a rear reciever, and mounting the winch on a hitch insert. But it stuck out way too far to be practical.

And, the reciever would have been a pain to work around to get into the trunk, even if trimmed.

So, I moved to above the trunk, behind the seat. Perfect open spot for it, just needed the tail light moved.

Had to scrounge a wider plate, to offset between the frame tails, and still have bolt realestate. 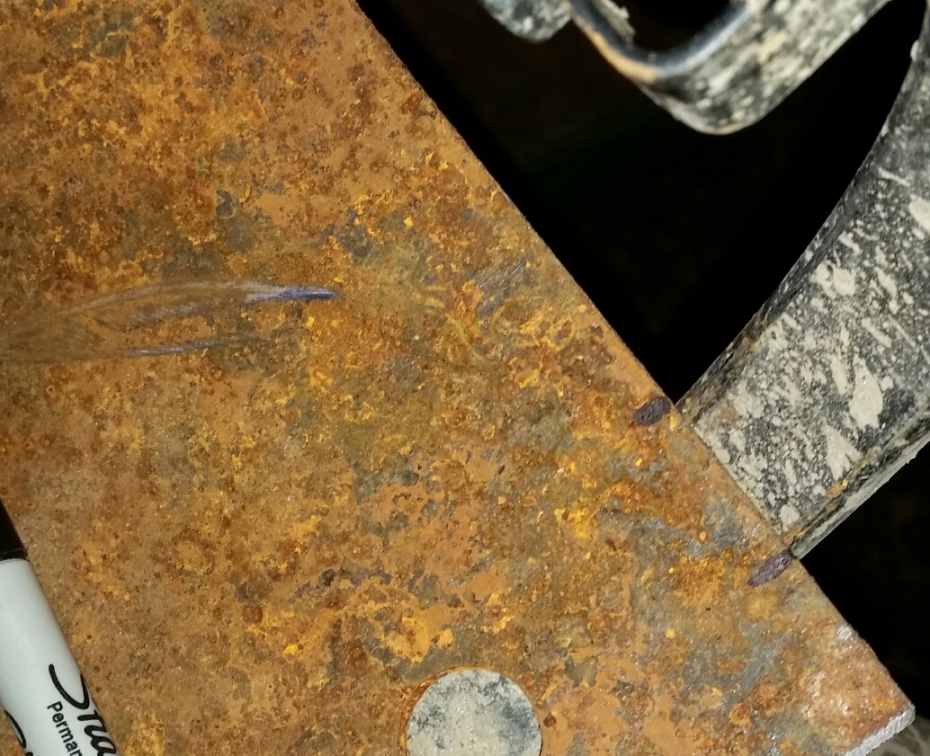 Made a mistake with the saw, cut too far. Twice. Erg.

The offset between the frame rails is to sit the winch and fairlead far enough back to clear the racks etc with the winch cable.

I LOVE this cutoff saw! Goes through 1/4″ plate like butter! Just gotta turn the lights off in the shop or it trips all the breakers.

Squaring it all up, laying out for holes.

I checked 3 times to make sure the winch cleared the bracket bolt heads. Oops.

Found a bar with holes that matched, cut to length, made a spacer. 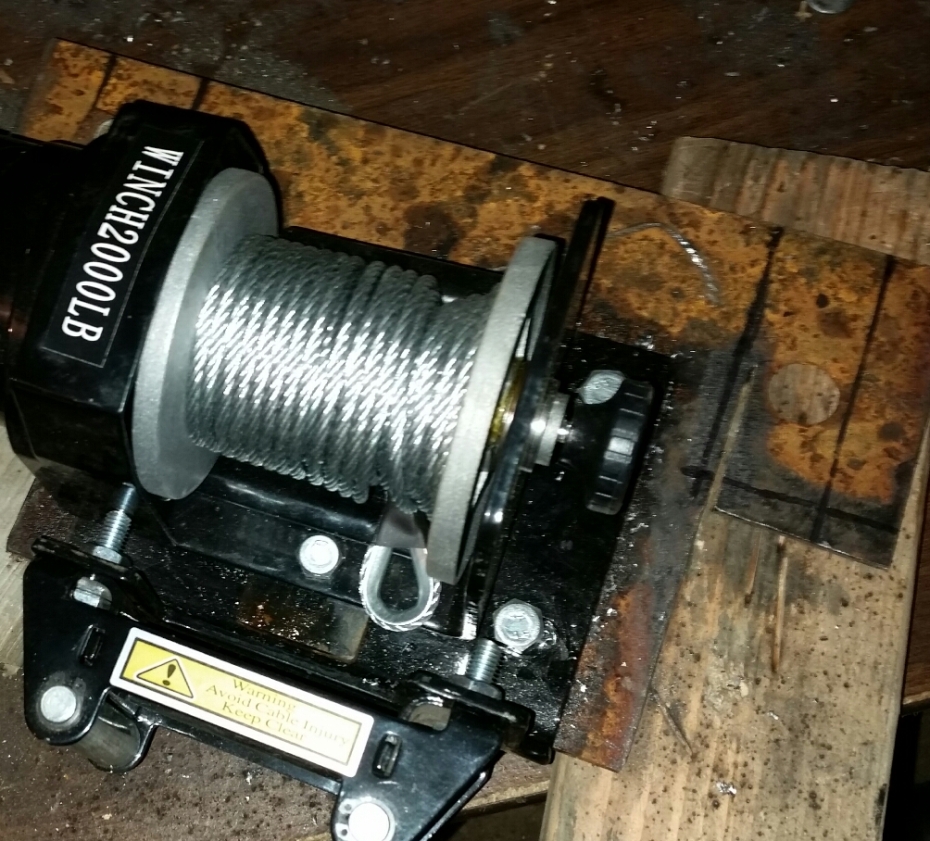 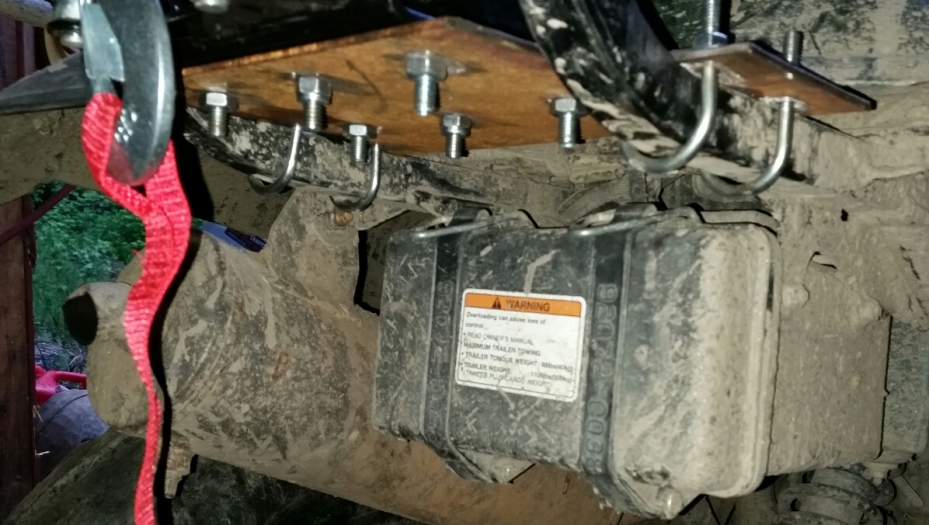 You will note here that it’s only u-bolts holding the plate in. It was super tight, and if it slid backwards the plate would hit thr curved up frame rails, ride up the curve, and tighten the u-bolts. But I wasn’t 100% happy with it.

So for the final install I drilled one hole on either side, through the plate and frame rail centers, and bolted it. Removed the two rear u-bolts in the process.

Bonus there is not having to worry about gouging my hand on the U-boat tails when I reach in for the spool freewheeling release.

Didn’t exactly like holes in the frame rails, but they’re small enough to not weaken it too much. While still big enough I think to keep the thing from going back under pull. 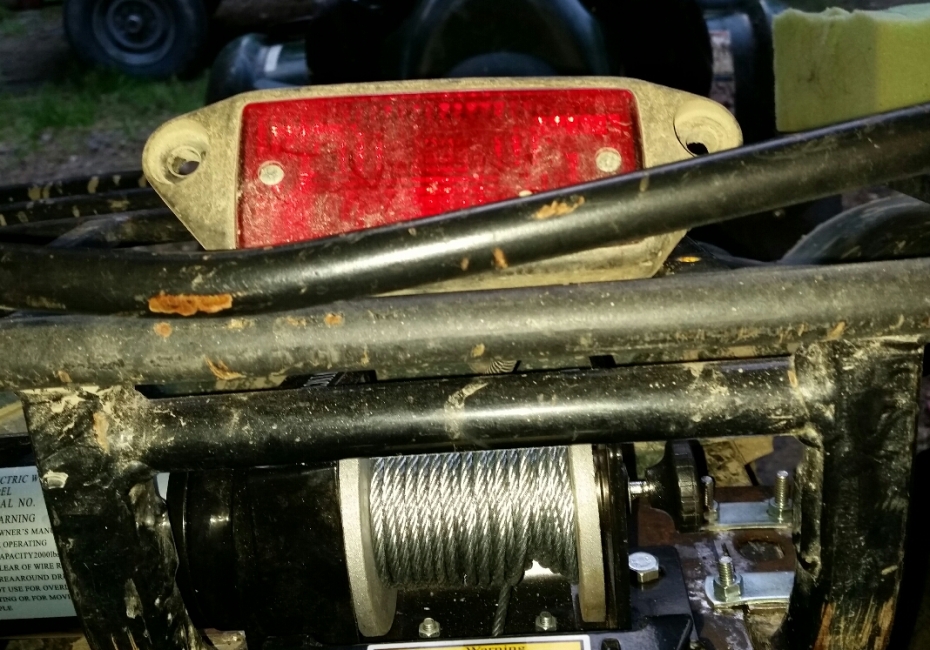 Plate re welded at the cuts, welds dressed flat, corners clipped and rounded, drilled, and painted. One of the nicest install brackets I’ve ever made, if I do say so myself! 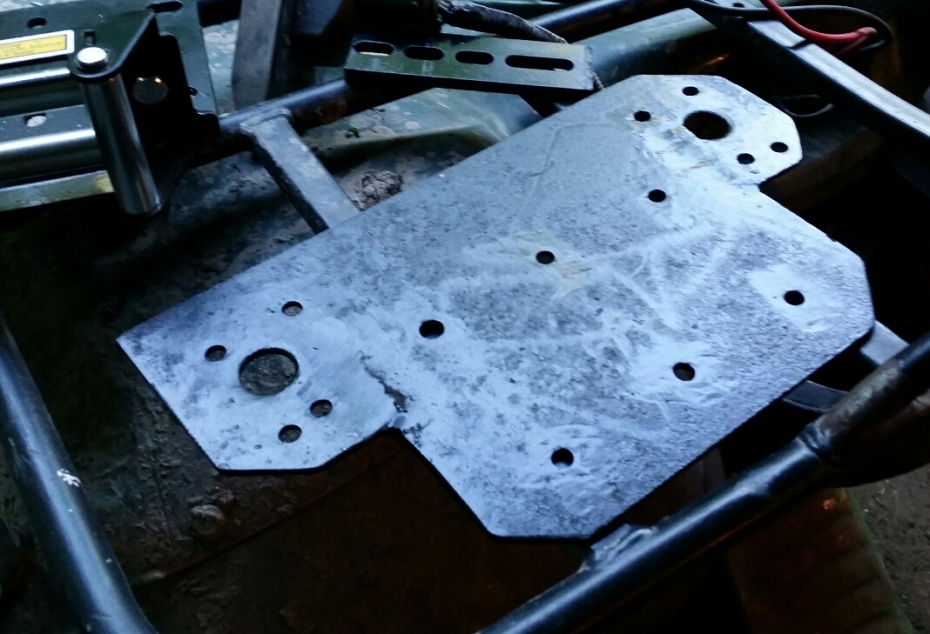 I had to install the wiring twice. First time I got it all in, then tested the winch before bolt up… And it fried the relays.

3 hours later, after some research on relays, and about 75 texts with a buddy that’s an electronics tech, I finally found where it was wired wrong. ( that’s how it was pre wired as it came too!)

Had to take it all back out and lay it out, rewire it to match the existing wiring for the front winch. Works beautifully.

The relay bundle will almost fit in a small side area of the trunk.. This is a temporary setup to make sure I still don’t need to rewire again. Will fit it into its relay box it came with, and in turn into the side cubby hole later.

Wires out the side, gotta silicone the hole when I’m sure it’s setup permanently.

One set of wires crosses and goes into a drain hole in the battery box, to the battery. The other set goes up, over the trunk. 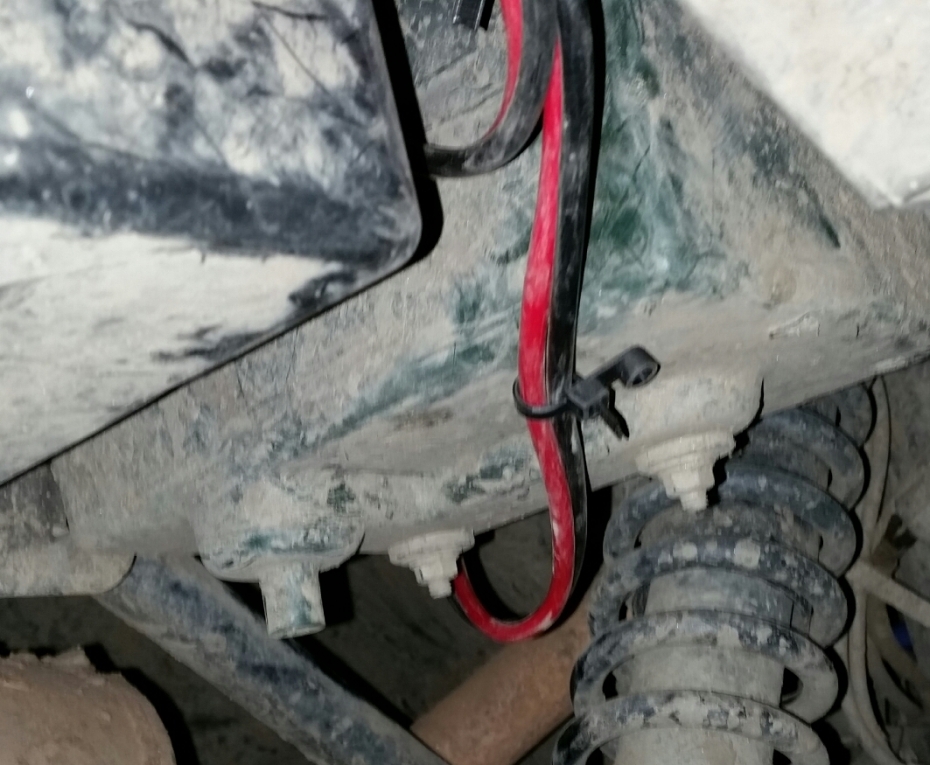 And outcome the winch…

My mess of wires while trouble shooting 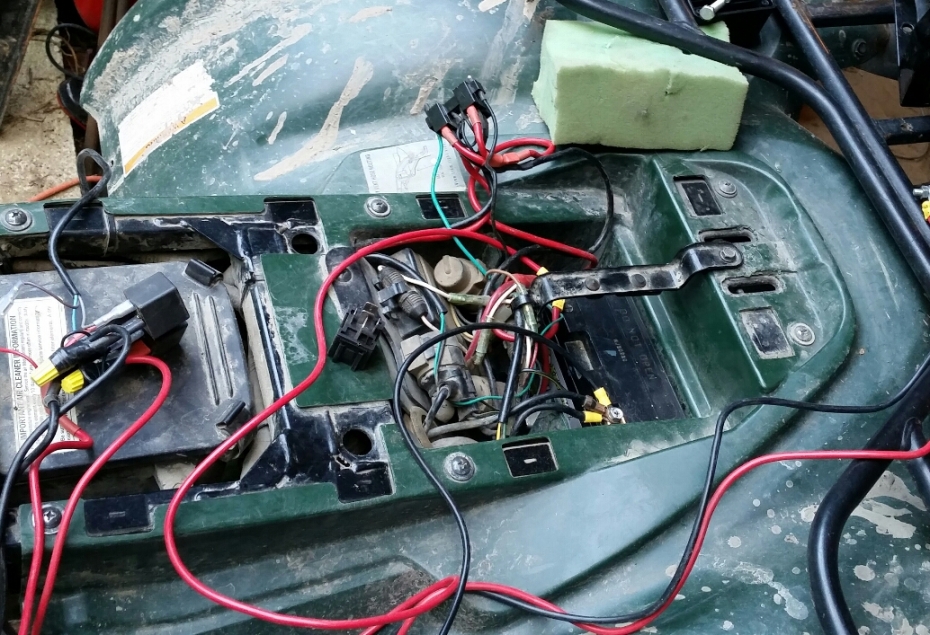 The way someone wired it wrong…

Temporarily relocated the tail light. Need to build a bracket for it. (Cut the stock tabs off to clear the fairlead bracket)