Several years ago, a buddy bought a house here, and this was left in the garage by the previous owners. A Hat/coat rack made from a spruce tree with several burls on it, set into another Huge burl as a base.

Great concept, just not done the best way.. they’d drilled holes in the burls and stuck 3/8″ dowels in them for the hanger pegs… Not to mention it never had a finish applied to it so it was dry and dull.

He thought it was the ugliest thing ever… I didn’t think it was that ugly, but not real gorgeous either… just not real practical the way it was made, and the space it’d take up. He was gonna trash it. I took it home.

I intended to cut it up, to get the burls for woodworking… Today, over 6 years later, it was still standing in a corner of My garage… ;):oops:😒

So I finally got around to cutting it up. 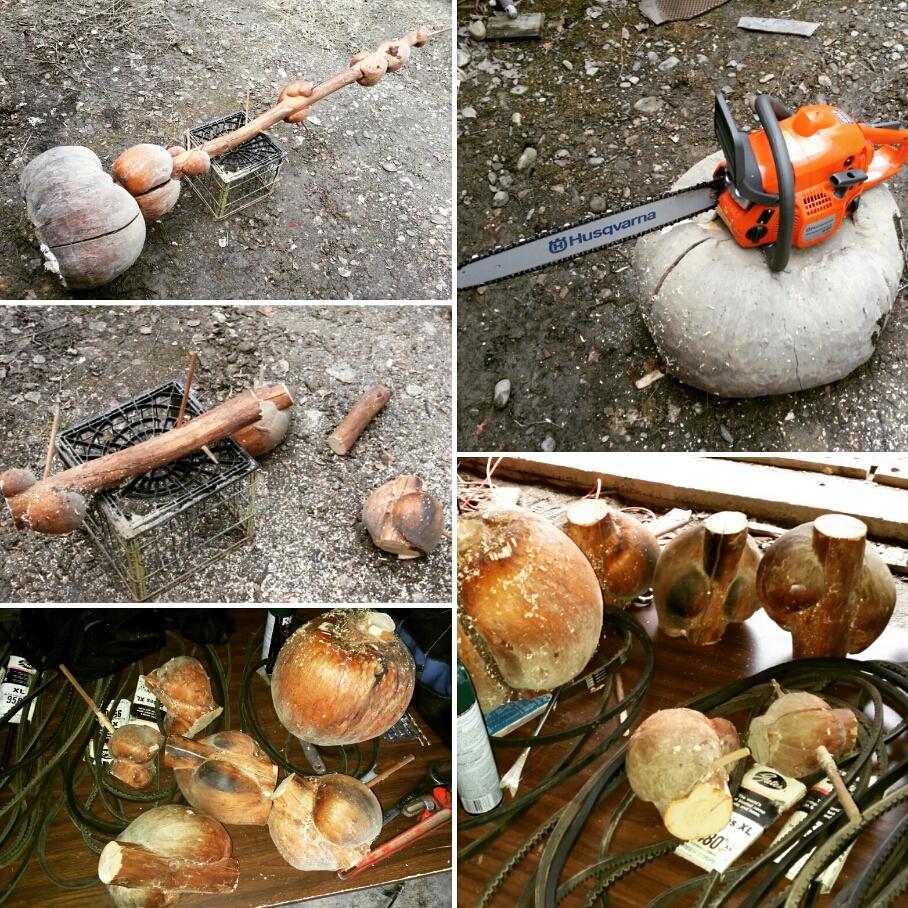 It stood about 6′ tall. For scale, that is a standard milk crate, and the Husky saw is a 440 with a 18″ bar.  It is now in the form of several separate burls, waiting to be delegated projects.

Got a bowl, a few kuksas (cups) and some knife handles planned from the small ones. No idea yet about the behemoth that was the base(and I swear that sucker weighs at least 75lbs, even dry and seasoned like it is!).

I went ahead and used the husky to split one of the smallest of those burls down from the center trunk, so I can start carving something. Thinking maybe a small kuksa .

One thought on “Spruce burls anyone?”