Yes, another new one.

I was thinking that even though the standard 4-1/8″ two blade trappers don’t agree with me much, I should still try a mini trapper, and a slimline. I’d bid on the broken mini, but didn’t expect to get it, so I forgot about it.. Then decided what the heck, I’d get a Slim to try… Good thing I didn’t decide to get a new Mini, or I’d have ended up with two! Worked out nice that I accidentally, I got both patterns. 🙂

I settled for the cheaper yellow composite slimline instead of a fancy bone i wanted… Low on funds, and if I hate the pattern but love the handle it’d be hard to part with 😉

Also, the yellow comp. comes as a bare head, ie without the rear bolster, making it MUCH easier to re-handle later if I really do love the pattern. A god idea since I’ve never really liked the look of the yellow comp.   Although this one has great sheen, a slight transparency, good color… This one I really like the yellow comp on, so i think it’ll stay on it after all.

And the patter, do I like it?  Yes!  Its long and slim, almost elegant, a great flowing clip blade, thin as well as slim, but really comfortable.  Wouldn’t be a long use knife handle, but its gotta be a wicked slicer, and I think great for general carry!

The mini trapper I’m still not 100% sure of(lets say 90% like), but this trapper pattern I really love so far! (granted thats after just one day, but first impressions being good are usually a great sign 😉 ) 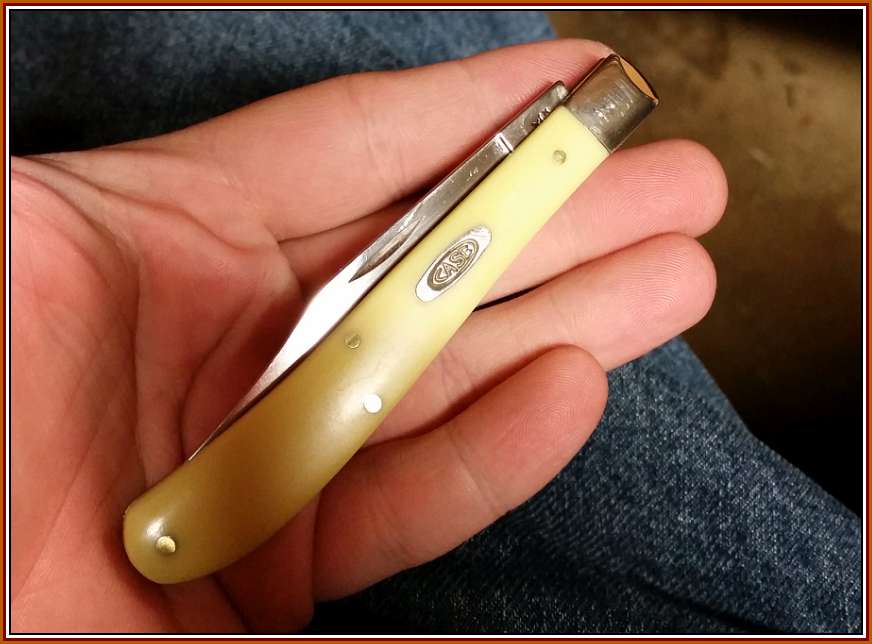 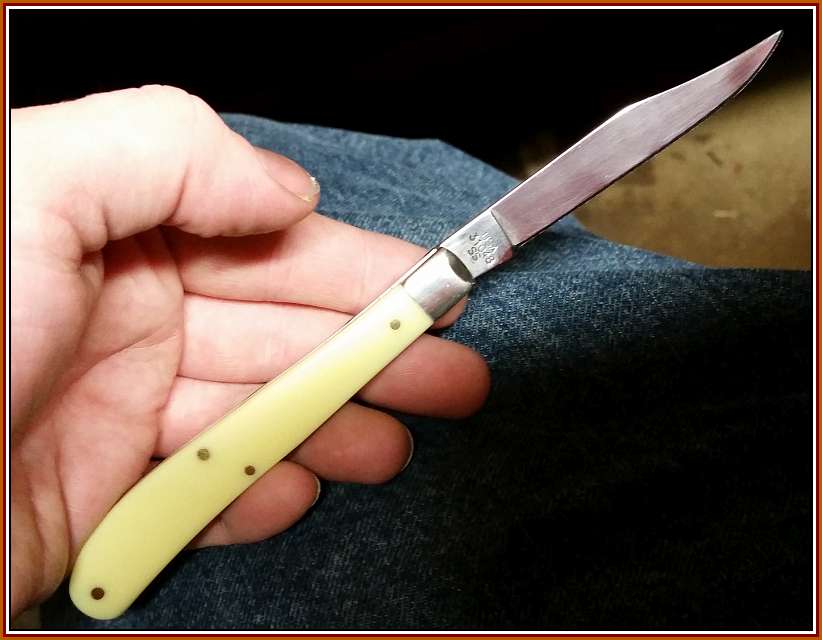 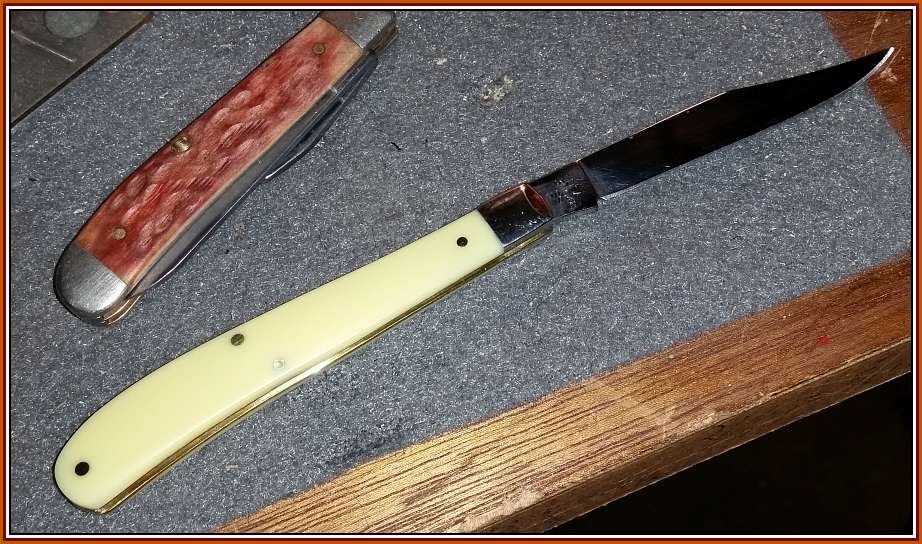 With the only other yellow composite knife I have, a CV(carbon steel) Sodbuster. Another pattern I’m not 100% sure of… sorta 50/50 on this one. Also, I didn’t like the yellow comp on it much, it seemed too dull and sterile.. Maybe it needs the contrast to bolsters for me, but I also think the slim trapper has more shine to it. 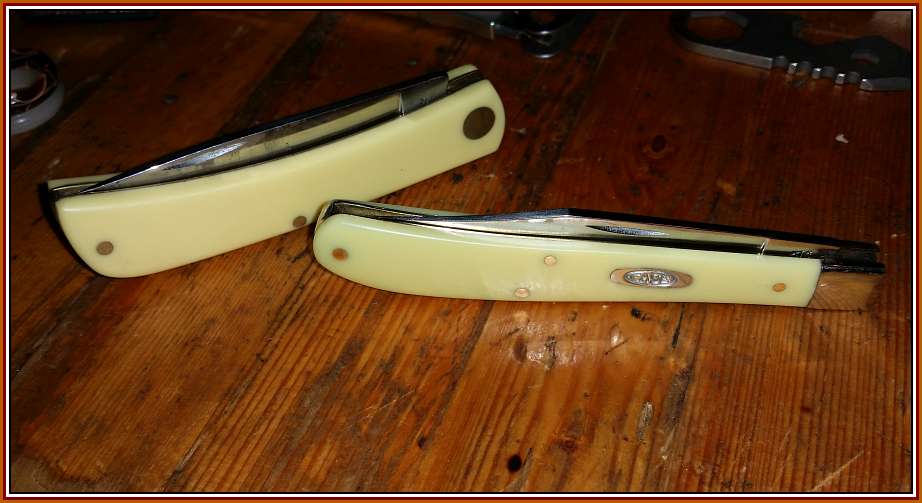 2 thoughts on “Yes, another new one.”