Posted on September 26, 2015 by akadventurer

No, I didn’t lose anything this time. The clip curve/bend on my money clip bit the dust last week… 😦 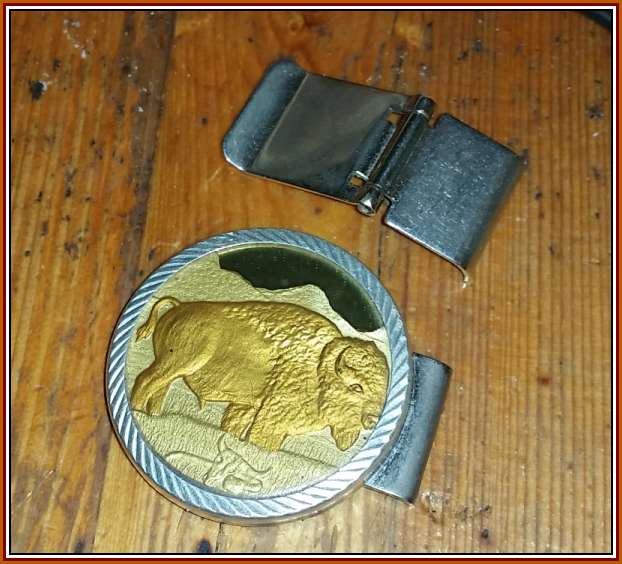 I got this sucker at the Alaska Mints store in Anchorage, on a trip with a good friend when he got out of the service in late April of 2009. I figure 6.5 years of constant use isn’t too bad! I was always flexing that curve in and out for thicker and thinner wads of cash and cards, kinda amazing it lasted that long.

From the break, it looks brass. If I’d have known that, and knowing that brass will work harden, and get brittle with mosement/flexing, I’d have anealed(heat treating that solftens metal) it every so often to keep it from hardening and breaking. Ahh well. (will remember that for the next one though, if I can find one)

Finding another coin holder money clip is easy, I’ve looked at them before for the idea of using some of my other silver rounds as clips… But as I recall finding one with the cam lock money grip is the hard part, and also they are kinda spendy, at around $30 for a plain clip style.  I’ll think of something though.

In the mean time, I’m back to using my other clip, a brass Marlborro one that I’ve had for ~20 some odd years… got it at a yard sale then, and it was lost in my stuff here for probably 15 years. I’ve used it off and on since I found it again a couple years ago. 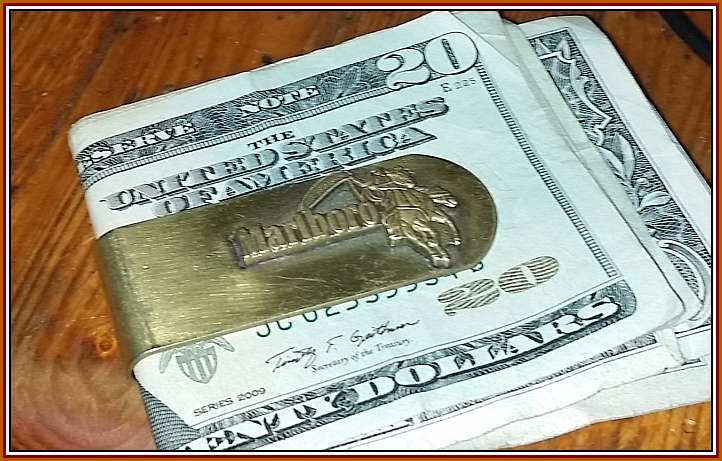 Works great, although its a little light in the pocket compared to that silver round above, and thats unnerving at times… Not that I can feel the silver ones weight in my pocket after 6 years, far from it, it dissapears and I never feel it… But it also Stays at the bottom of my pocket… The other one might not do that as easilly sitting, laying etc.. Gonna have to be bloody careful till I’m sure its not easy to lose.(like I said, I have used it in the last couple years, but not often.)

2 thoughts on “Fairwell to an old friend… Maybe. Sorta.”