I realized that I don’t have a wood saw on the tool I carry the most anymore, and have kinda missed having it a few times in the last couple months, and with some outdoors stuff planned soon, I think I might need it again.

I also almost never use the knife blade on my Wingman, since I carry a dedicated knife too.

So, I decided to replace the knife with the saw from a Sidekick tool, which a friend just happened to send me a few weeks ago with some other left over parts from his own Wingman/Sidkick mods.

Fits good. Doesn;t lock right now though. The saw is actually made to fit in the opposite side of the tool on the Sidekick(Sidekick and Wnngman share the same frame, just slightly different tool load outs), where the scissors are on this model, so the lock surface on the blade is angled to meet the lock tab, but angled the opposite direction needed here, since the blade is flipped over… Its really close to locking fine though, just needs a little light filing to adjust the angle. 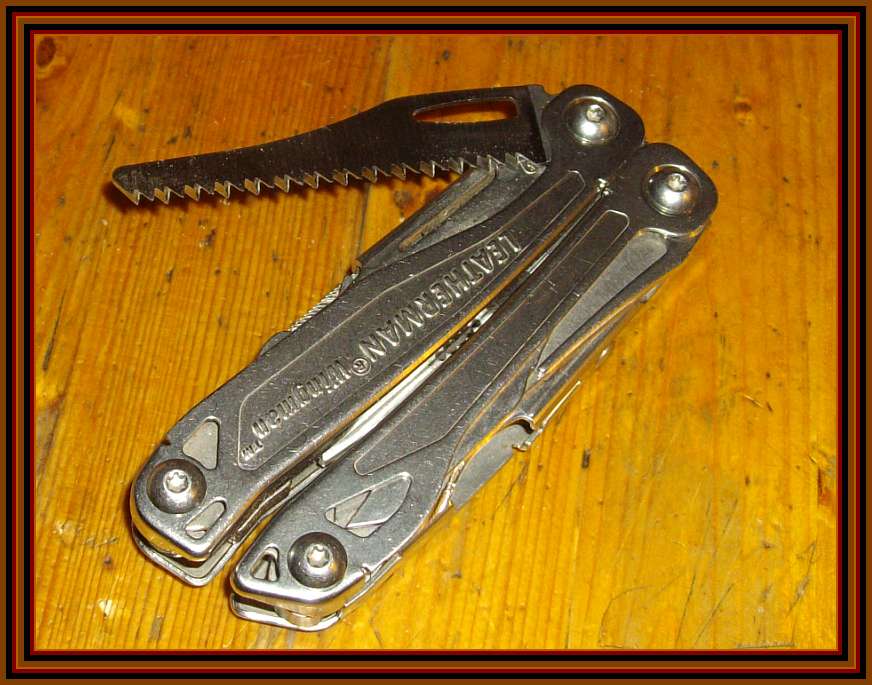 2 thoughts on “A small tool mod”