A spork is a spoon and fork combo…No idea who originated the name, but thats what I’ve seen them called for as long as I can remeber seeingt them..

These were a “well, I have room left on the credit card, lets round the order out to an even amount, and make the shipping worth while for more than one item..”  impulse buy. 😉

Heat resistand polymer, folding… Can’t remember the brand… It was only like $3, but Well worth it! 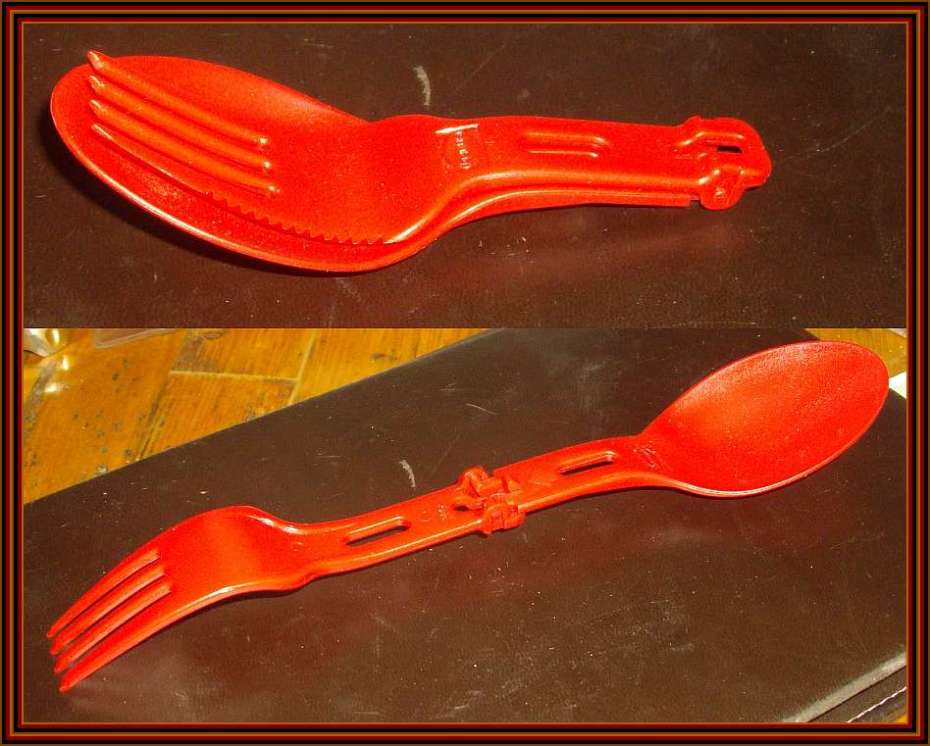 The red isn’t quite That florecent or orange tinted… the camera flash just really set it off..

Its good and sturdy, latches solid when extended, and is as far as I can tell made of the same food safe, high heat plastic/polymer as my LMF spork—the good plastic in other words 😉 .  Good deep useful spoon, fork sharp enough to actually stab yer food with.(unlike disposible plastic forks that break after two bites of anything!!)

And the other is a CRKT Eat ‘n Tool

I got this one because they’re fairly popular, and I was curious what it was like.

Its stainless steel and heavy. Its bigger than I thought it’d be too… Good thing it comes with the little caribiner, because it be a bit much in a pocket, even my jacket. Be fine in a bag though.  A little clumsy to grip at first but you get used to it. Spoon bowl is rather shallow, and of course this is the classic spork style where its a spoon with short tines, so its a compromise from the get go.. Fork is sharp enough to use, but I doubt the spoon would be much fun for very long. It’d no doubt work… just not great IMO. 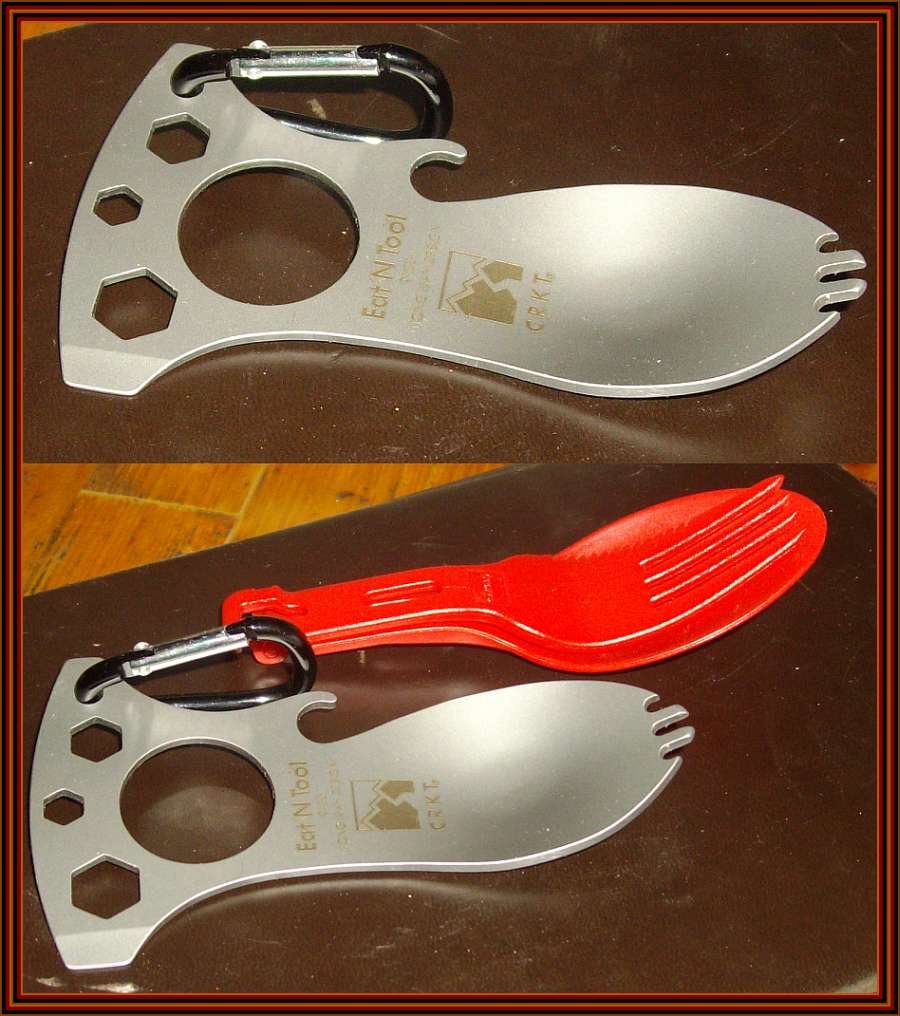 This sucker also has a bottle opener on it, and some metric hex bolt openings, and a screwdriver/pry bar on one edge… The opener I can see getting used at some point, but really, who has a mechanical problem and goes “NO! Wait! Don’t get out the wrenches or Leatherman tool, lets use my Spork!!!” 😉 :p  I mean, Serriously??

Don’t get me wrong, I don’t dislike the CRKT and it was still a good deal for the~$5 I paid for it. It just wouldn’t be my first choice for a emergency utensil, I have others I’d prefer if I had them available 🙂

Yeah, I’m the guy with one of the little pocket/keychain pry bar/wrenches that seem like a gimmick at times too, but at least those are designed to do that, not an add on feature ON A SPOON!!!

The Red one is in a little kit with my Opinel knife, currently in my jacket, but that actually breaks my EDC challenge adding things this month, so I’m putting it in the truck cab commander the next time I go out..

The CRKT is going into my hunting/hiking pack.