Got a package in the mail today from our secret santa gift exchange.

WOW.  I just made out like the proverbial Bandit!!

A little note from the guy that sent me this stuff, he went and did his research, read through most of my posts(which is 5300 ish, over the last 4 years or so…) and custom picked stuff for me.  He did a great job of it too! 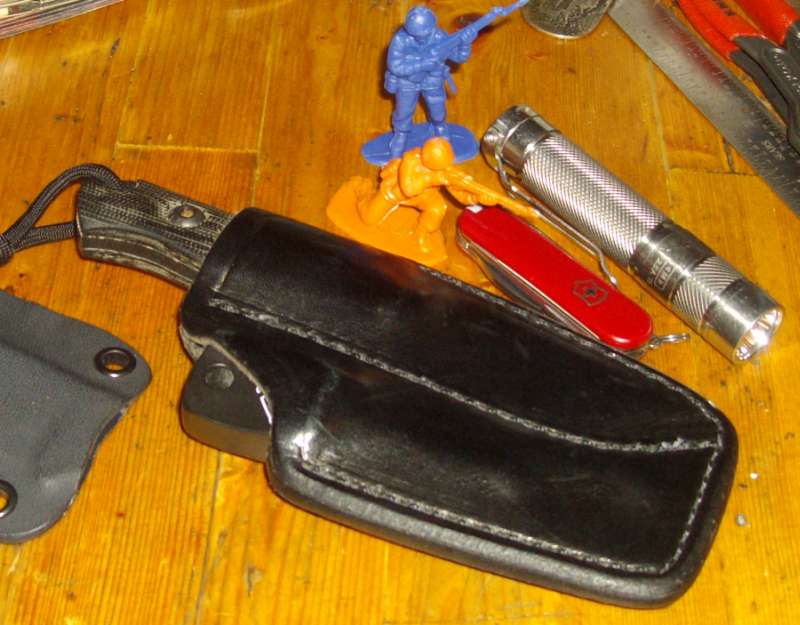 A couple colored army men(I’ve acquired a few of these from packages from the forums, they stand guard on one of my gear shelves 😀 )

Victorinox Ramber keychain SAK(Swiss army knife), My favorite pattern of these, all the handy little tools.

A nice used but well cared for Bark River Bravo Necker knife… I’ve never had a Barkie as they’re called, I’d never been able to afford them, and then had avoided them for a while after some bad business preactices by the company… But I was still always currious to have one. This sucker is Solid built, and pretty clean for the style its finished in, a blacked out ristic finish. I’ll work the snot out of this little knife, I’ve wanted a small pocket style fixed blade to play with for a while.

Came in a KSF(knives ship free) leatherworks pocket sheath with a ferro rod in it too, and also with a kydex sheath.(the original I assume)

Its even the model in the fancier 3V steal(high alloy “super” stainless), a steel I;ve never used, so this will be fun to try something new in that way too.

(for those that don;t know how generous of a gift this is, these knives go for $115 with out handle scales, the micarta scales on this one would have added about $50, the sheath is probably about $30…)

The flashlight is a solid Titanium(!) Eagletac D25A, 126 lumens on high, on one AA. multiple modes, and thanfully with the strobes and SOS etc somewhat hard to access like I like.

Some nice winter gloves, with my favorite insulation.(a little big for me, but its hard to blind buy gloves for me since I have such small hands for a guy of my stature. Not too small to wear and use though.) 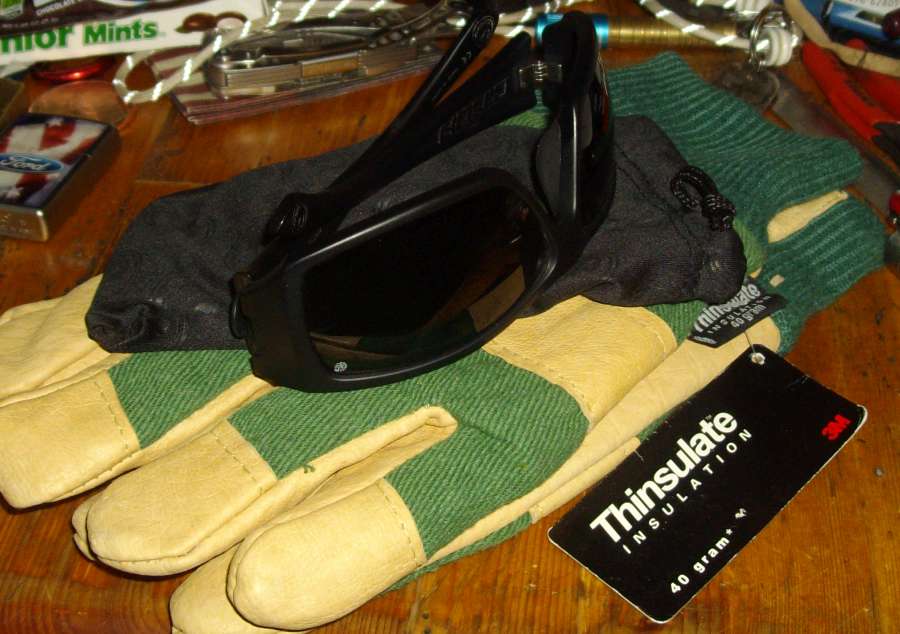 Hand warmers! (guy that sent this stuff is from Ontario Canada, he fully under stands the word Winter just like Alaskans do!) 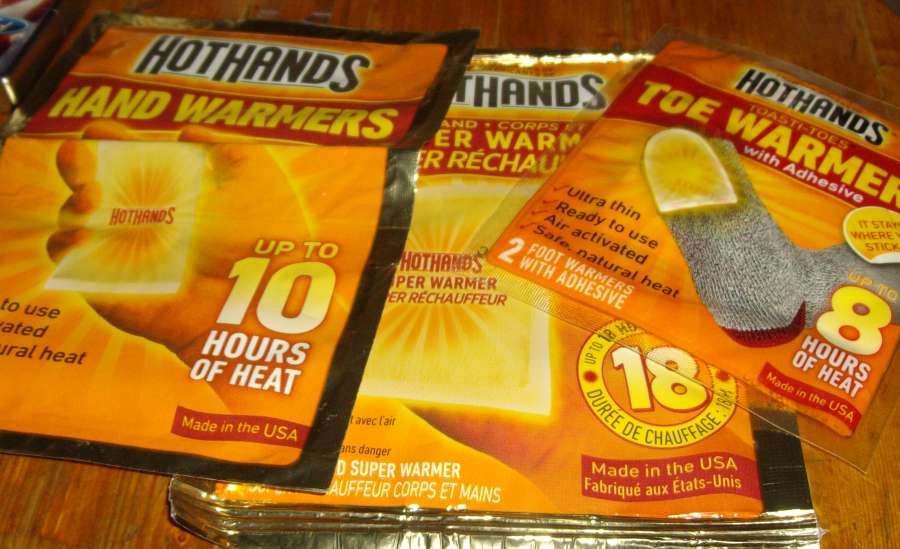 A small FAK (I’ve never bothered to carry one, but there have been a lot of times I’m sure I’ve mentioned where something simple would have been great to have. I’ll add a couple bigger just in case gauze bandages, and some meds to it and throw it in the cab organizer in my truck)

And this nifty looking thing called a therapik.. Its basically a heat pen… you use it to apply heat dirrectly to bug bites and stings, to relieve pain/swelling/itching etc just after being stung. I’f heard of such things but have never seen or used one. This will get put in the truck this summer, and transfered to hunting gear at times too.