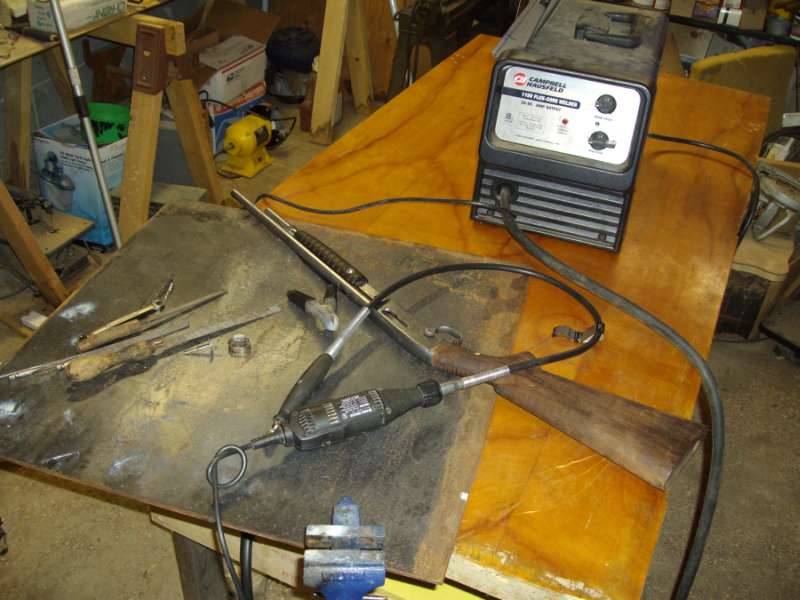 It ain’t real pretty but it works!(other side is actually worse… I was selective for the pic 😉 ) 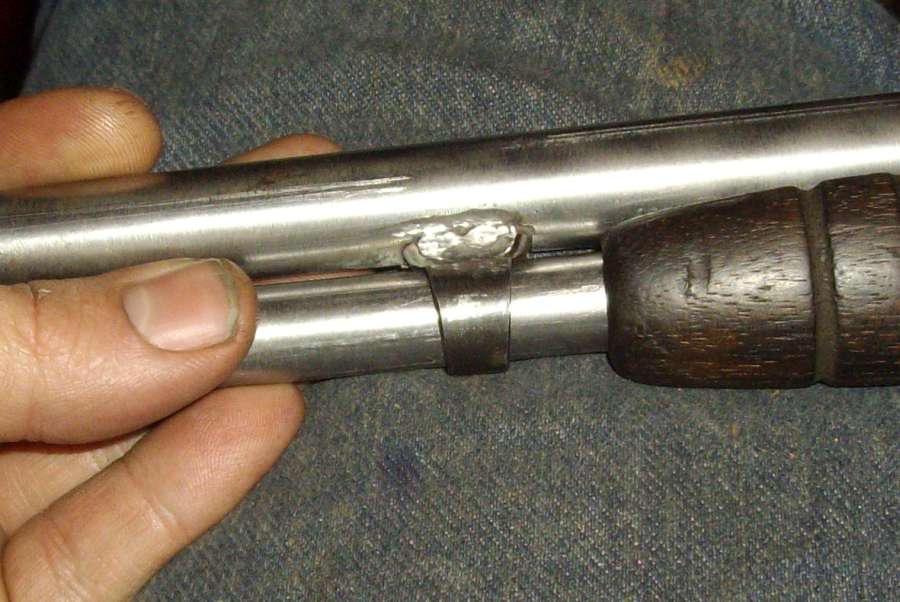 The mag follower was binding in the tube, and against the new cartridge stop, so I made an end for it the right dia that couldn’t try to pass the cstop and wedge in place… right dia? The same as the cartridges of course… So… 😉

Need to get a thinner screw for that, its a little hard to start the first shell against it as is.  I’m really enjoying one skill that I’ve learned with these recent gun projects; Tapping threads.  Something I always avoided before after some bad experiances… But with the proper drill size, and new sharp taps, its really rather easy, and a great way(duh!) of attaching two items together!

Another one for drilling and tapping; I had to find a new way to mount the stock after I messed up the inletting and stock angle that allowed it to factory mount through the butt to the tang end….  Cross drilled the tang, tapped the hole, matched to the stock, and voila;

That pic also shows the new safety parts that I ordered, now installed.