Posted on October 4, 2014 by akadventurer

So, the key item here that made this easy to do was the Weaver #95 rail.

Now, what that allowed was a fast easy mount base, I didn’t have to measure hole spacing, drill and shape a mounting plate.  All modification of existing parts can be in a lot of cases be easier than full on fabrication from scratch..

It also unexpectedly gave a Verry simple easy mount to the sight base. I had figured I’d have to drill and tap at least one hole in the Weaver base, to screw the sight to…. But it, for some unknown reason, already had a small smooth hole down through its center. So, while trying some spare/misc screws in the hole to see what was close, that i might re-drill it to tap it to, or close to tap it to, I saw a tap I had found the day before, already laying on the bench. I had found it laying it a tool box drawer, already in the holder… Brand new tap I bought, I just can’t remember what for. It looked close to the hole size… So I tried it… 30 seconds later i had a perfect 8=32 tapped hole clean through!

And, that mounted to the rifle, and the sight on it with a standard screw gave me an idea of spacing, height etc. 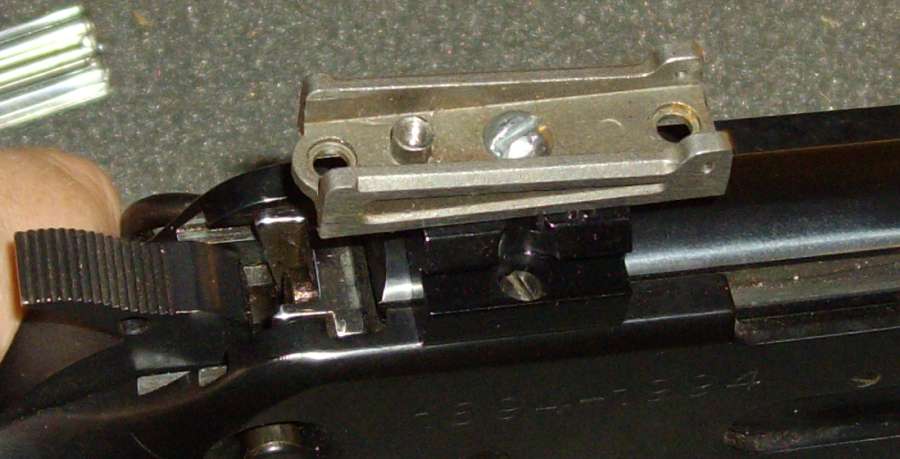 Now, that screw head is too big to allow the top sight piece to seat like its soposed to, and the hole in the base, intended for the adjustment spring to sit in was really too big for the screw; too much play.

But it gave an idea of height… mainly way too high;

I had intended to cut a channel in the rail, to sit the sight into, and leave the Weaver rail sides on it so it could still be used as a scope rail… but the width difference between them at the depth I needed to go to was 0.058”… 0.024” per side would be left to hold the rails on… Yeah, Nope.

So I just decided to cut it fully off at the height I wanted(just under the rail grooves, even with the provided side flats); 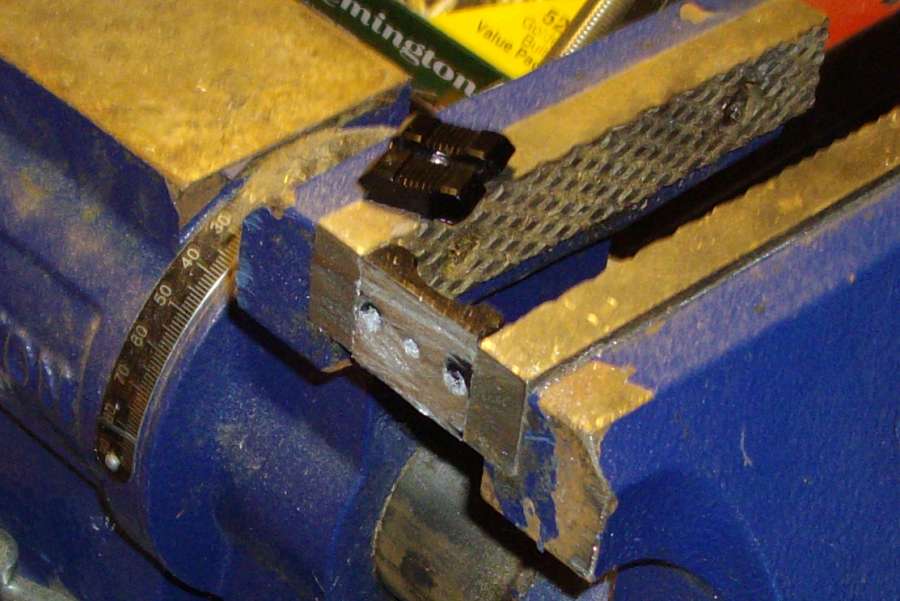 The hole in the base I am useing is for the elevation adjuster spring, something I needed to keep available, and also the hole was too big anyway;

So, moving it back some looked better overall, lengthened the sight radius some more, and gave room for a new hole. It even had a divot from casting in it to center the hole on! 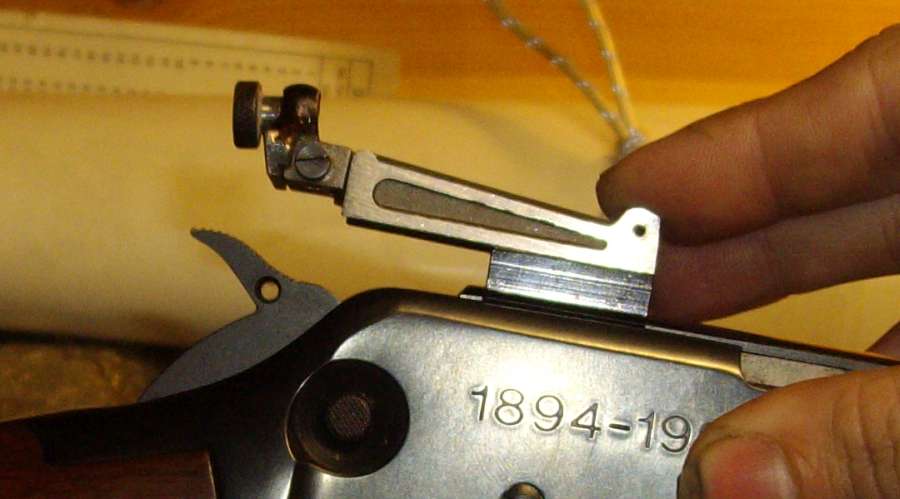 So, I drilled a new hole… And got it off center to the right! Ugh.

But, I’m left handed and pull that way a bit when shooting, and usually end up with it adjusted right a tad anyway… It just has that compensation built in now!

I also needed a way with just one screw to keep the sight square on the base. So I put it on and squarred it to the base; 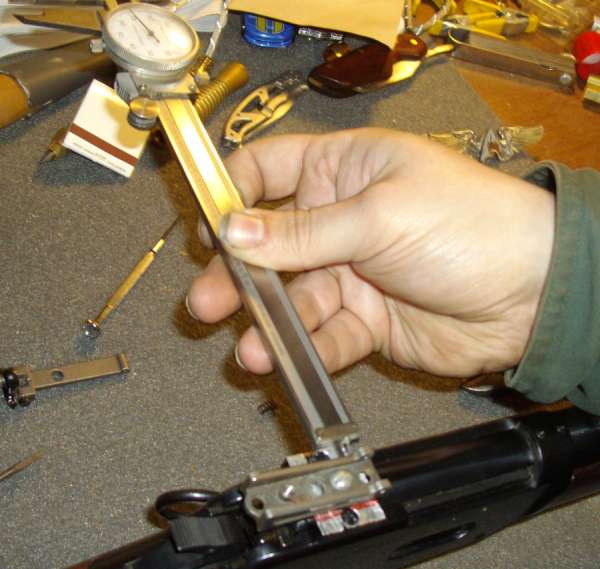 And the scribed into the base lines to guied to cut grooves for the lower rails of the sight base to sit into(it was originally made to straddle the top flat on an octagon barrel);

I then had to get a low profile screw. Scrounged around and found the smallet headed 8–32 screw I had, a allen head cap screw. Stuck it in the top off the rail to hold it secure to modify, and slotted it, and ground the head as thing as I could.

Then counter sunk the new hole in the base about halfway, which was just enough to sit the screw in flush, installed it, tightened it good, and then ground flush on the underside to clear the rifles bolt;

You canb also see in those pics where I ended up removing a section of the rails on the bottom of the sight base, so it sat even lower onto the mount base… The channels for those rails were too hard to accuratelly cut into the soft aluminum so it is indexed square with a combination of the rails hanging over the ends, and the grooves..

Spring, top bar, and windage screw installed, and here we have it, functional!

Then I thought it was still too bulky, and might snag a lot, so I went back and beveled the base edges and corners;

A business end shot for good leasure… Tried to get the sights lined up, but missed a bit doing it freehand..

But anyway, there she is! It worked! Some ways eaiser than I expected, some way harder, but it was fun, and instructive for me too… and it really does look like it will work great too!

It actually didn’t end up verry much higher than the stock sight, which I’m verry happy about. Even at the lowest windage setting it will shoot higher than stock at close range, but the top 1/3 of the stock semi buckhorn rear sight is in the bottom 3rd  of the sight picture, so its pretty close!

Will pick up a blueing touch up pen and a aluminum black pen(or maybe just a Testors or similar black paint pen for both!) and get it colored up again soon. (the glare off the sight bar useing it as is makes focusing on the front sight a little hard on darker backgrounds)

One thought on “Custom peep sight finished! (with process pics!)”