The view from the house;

On the left of the house, the plastic we put over the holes;

The holes under that plastic; 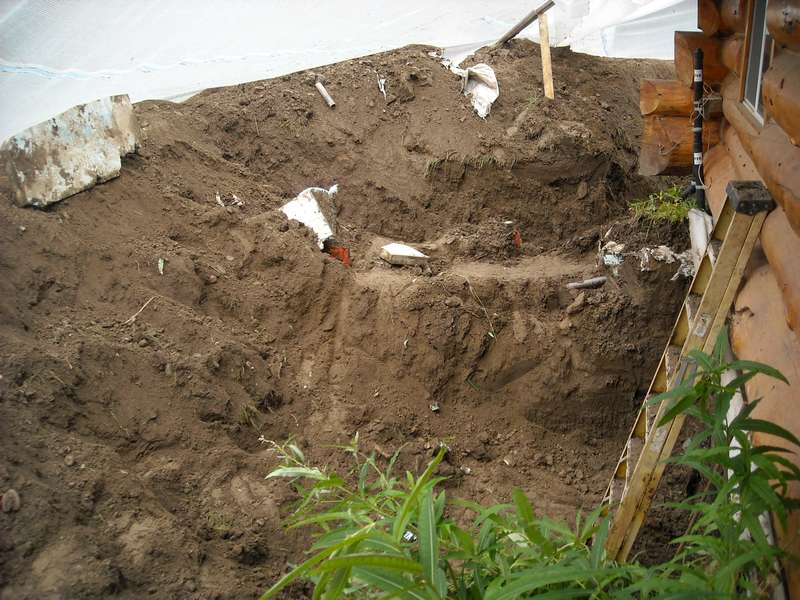 This is the corner where the larger front half of the house meets the smaller rear section on that side… its sinking here.

That rear section is the older(30 years old) cabin, the large front section has only been there 10 years.  The rear section os on a terribly shallow footing, and poor posts holding it up(although they did pretty good for 30 years on un treated log posts!)

The front half of the new house was sinking about 5 years ago… so we did this operation then for the front.

This time we are jacking up the front of the old section, and the back of the new section around these corners, and along the section of foundation left under the side of the old part that mates to the new part..

We are raising it under the existing foundations, for the front half, and removing the footing under the older half, the pouring new wider more supportive footings under it all, with some adjustable posts in the area across there the two meet.

Other side of the house;

Big toy I get to run sometimes; 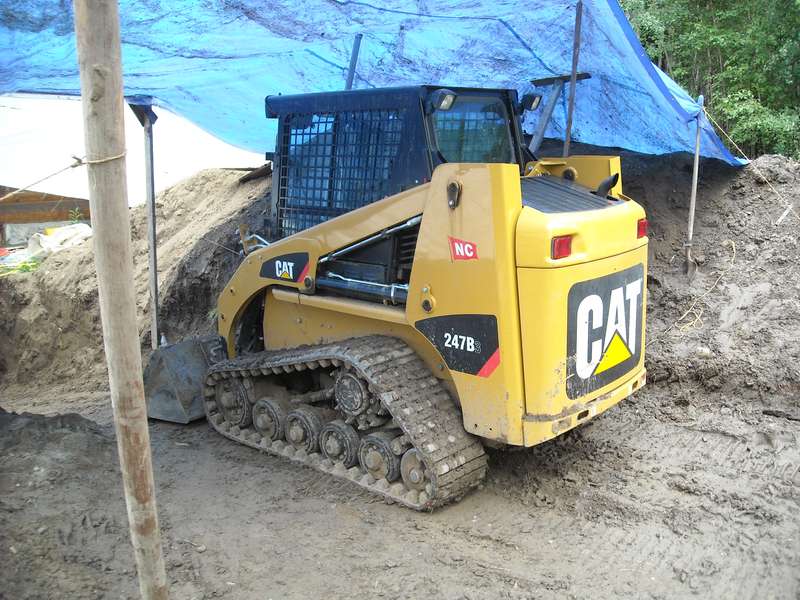 The ramp down to cutting out under the rear section for taking out the old footings, and putting posts in, pouring new footings etc..

Friday I had to go around and dig holes under the foundation, one either side of  each of those two corner, 4 total. They took an average of 1.5 hours EACH to dig. The lhardest one took 2 hours, the fastest took 40 minutes… They are 2 feet wide, 16” deep, and 16” inward(width of the footing). What took so long was that the lower 2” to 8” of that 16” under the concrete was FROZEN dirt. Great fun to chip out with a micro spade shovel and a short sledge hammer… about and 45 min to 1.5 hours on my knees doing that for each hole…  If I never see a shovel again, I’ll be VERY happy. 😉 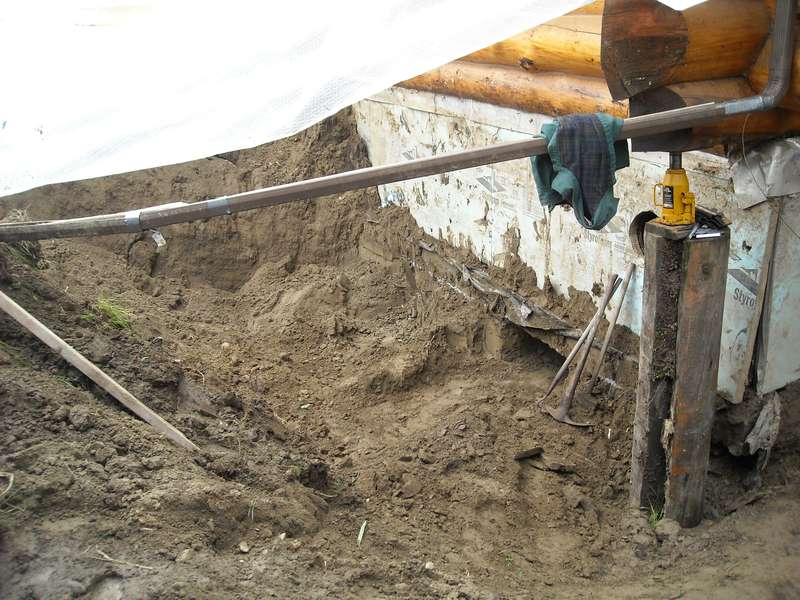 This was Wednesdays adventure, putting up anchors and a cable across under the floor joists to help hold the floor up… 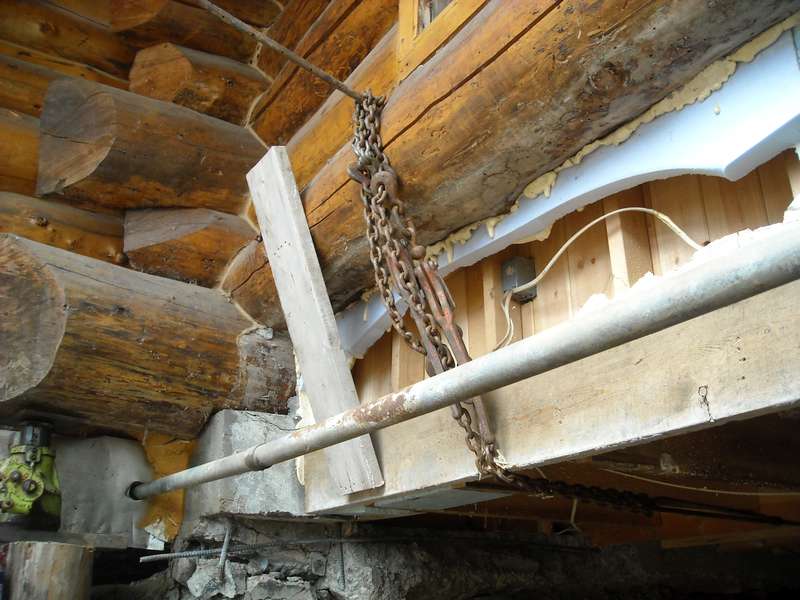 Since we have to take out all the dirt and foundation holding the ends of the joists up, this is the biggest hurdle that we’re working on… The cable isn’t enough; we;re up to the 3rd  idea on this, and its still interesting if it will work or not. Problem is anything we put in to support the floor while we take the foundation out and the put in the new beam and posts, is in the way to do that! A great catch 22 that could drop a house on our heads if done wrong…

Temporary posts holding the footing thats coming out in favor of a steal beam and posts; 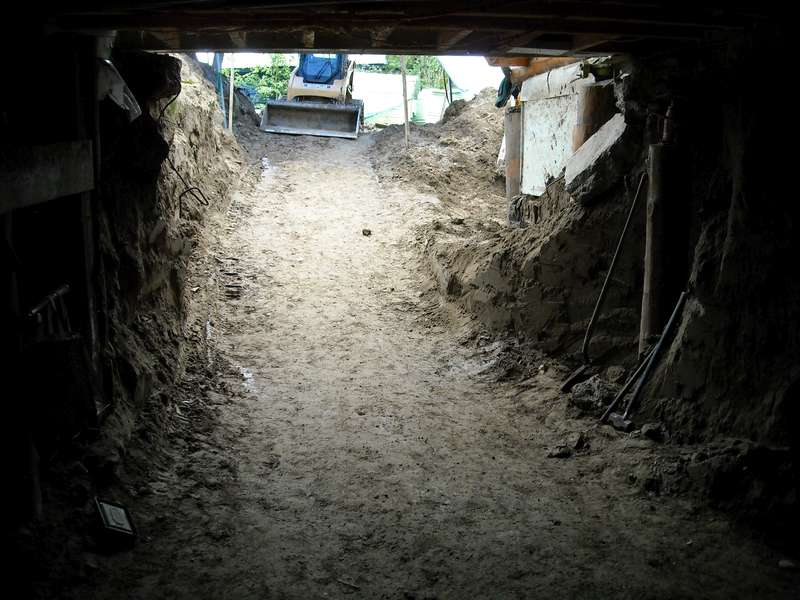 One thought on “Work pics”