Figured if I was going to drill all new holes for a clip, I might as well try for a deep carry clip if I could fit it. This one was donated by my SRM 735 flipper… A previous project was to make it a tip up knife since it is only drilled for tip down, but I never got around to trying it, and it was clipless for months, only recently getting tis clip back to avoid losing it, so it didn’t take much debate to just steal it for this knife. 😉  Heck, the Zancudo clip light just end up on the SRM later. 😀

The idea was to inset a couple nuts into the back of the scale for the screws to go into… thats what I had thought of before ordering the knife.

Then it got here today and I saw that they had recessed the liner into the scale, thus limiting the thickness of scale I had to work with; A 0.118” thick scale, and an inset of 0.050”, leaving me 0.063” to work with… The smallet nuts I could find that I had screw to fit(the stock clip screws from the knife actually) were about 0.100” thick… If I recessed them in, it wold peave only 0.018” of plastic to hold the clip… not much.

And that didn’t clear the liner either, I’d have to cut a clearance around them in the liner too.   Not much margin for error either, for instance, if I slipped in insetting them… Just not a lot of material left to work with. I had to go back to the drawing board.

Several ideas and varrious hardware mixing and matching later, I had decided to just go ahead with full thickness nuts on the back, without thinning the scale further for strength, and just cut a opening in the liner to clear them so the scale would seat right.

I got Lucky though, the drill size I used that fit the holes in the clip was the Exact right size to leave just enough plastic of the scale that the screw would cut thereads into…

Found this out by chance after I drilled the holes and tried to press the screw through to mount the nuts, and cut it all to lenght/thin the nuts… Had to threat the screws in, and it was a perfect, snug fit.

Why fight it? Just go with the flwo and see how it does long term. If it looks like they are going to pull/strip the threads, I’ll do as I had intended and puts the nuts on the back. 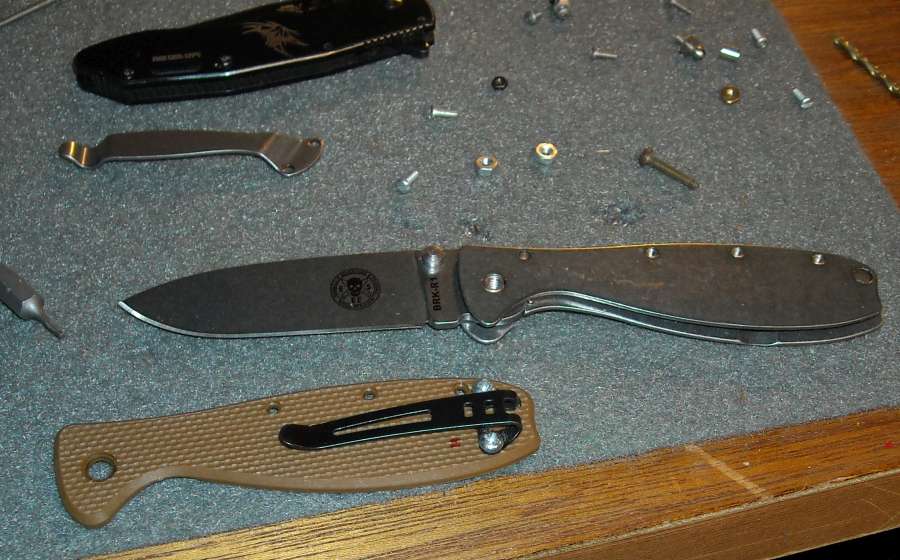 So, tightened them down good, flipped it and ground the screws flush on the inside. Actually ended up recessed a tad in the plastic, probably only holding in ~0.055” instead of the full 0.063” it could have been, but still a whole heck of a lot better than the 0.018” I could have ended with. 😉 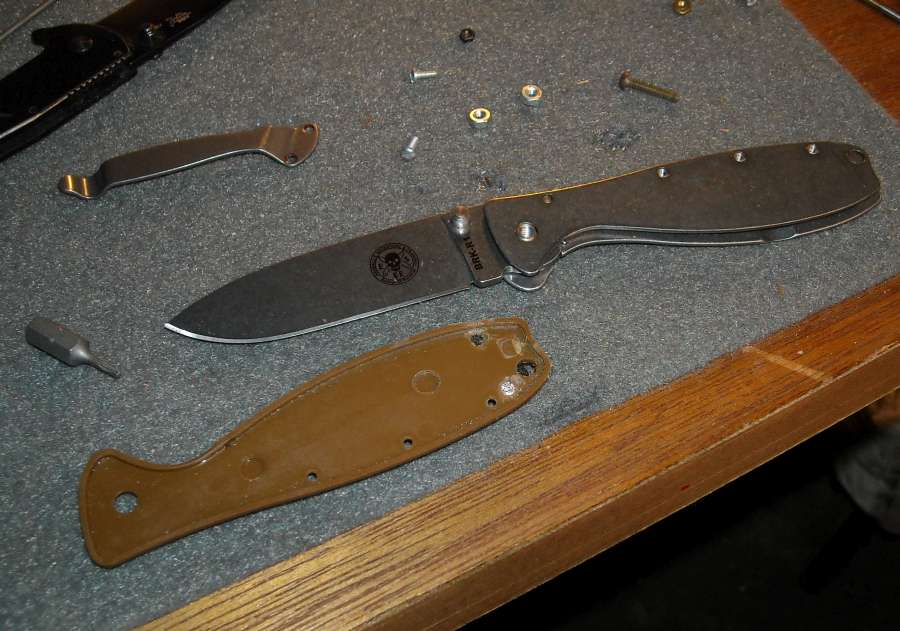 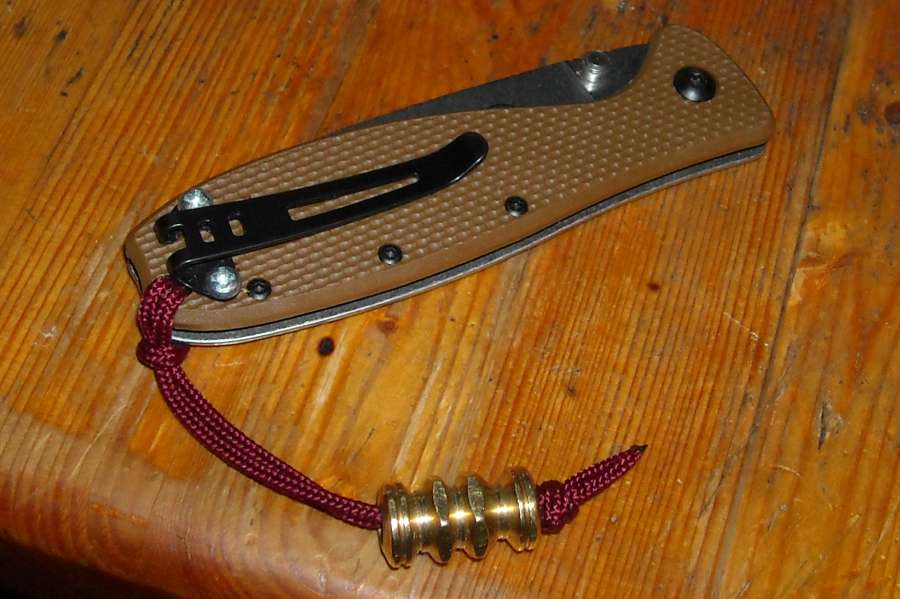 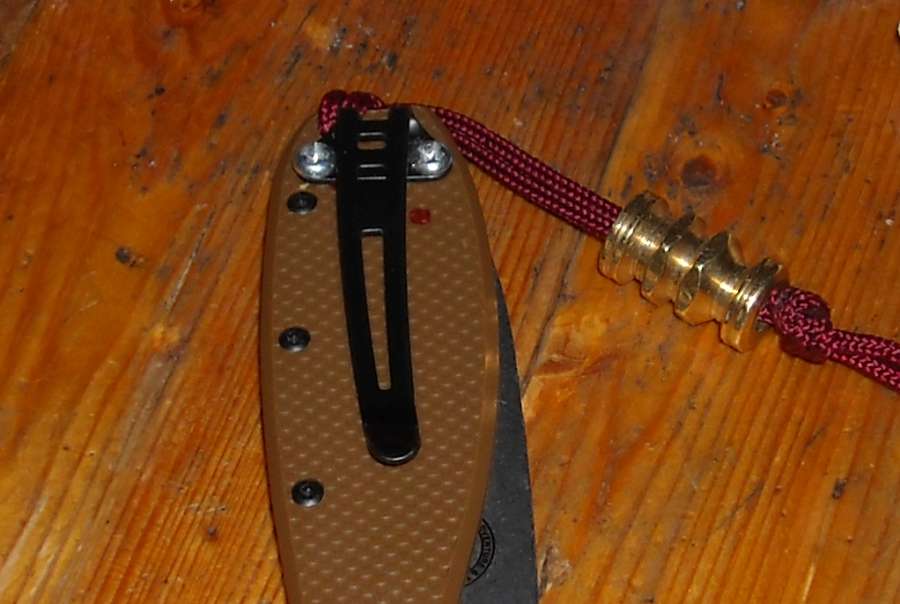