Well, I got my new Solarforce L2M host and X2-U2 insert in the mail today!

I love this thing so far!

I am pleasantly surprised, its a lot smaller of a head dia than I expected. Even after having seen THCones(and others) pics, I was still expecting a bigger head dia.

It makes a great size light in single cell mode… Longer than the average single CR123 light, but since my favorite/most carried EDC is the Rofis JR10 ajustable angle light, I am used to a longer single cell size… Actually the L2M and the Rofis are Exactly the same length! The L2 is just a bit beafier at the head, but not as big as my Nitcore MH25. Just a great compromise in length and dia.

Pocketable, but a great spill to the beam compared to the other small lights.

This thing is actually brighter on high, on a single Tenergy 3.0V LiFePO cell, than the Nitecore is on high, on the 18650!

Not sure if I want to put the 18650 into this or not 😉  The Nitecores Turbo is still brighter, but not much.

Its actually interesting, the MH25 has a bigger head, wider reflector, but the L2M has a wider beam; both center spot and spill are wider than the MH25s.

I honestly think the only reason the Nitecore is brighter at this point on turbo is that it has the tighter beam making it look brighter… and the voltage advantage making up any actual brightness difference-if any.

It was a little brighter in 2 cell mode with 2 of the Tenergys, but not much difference.

I’ll charge all cells later, and compare again, with single LiFePo, dual LiFePo, and the 18650, and compare both lights again too.   Technically the U2 drop in is rated at higher lumen output than the Nitecore, and I want to see if it actually is with the 18650 in it.

I did lose a little spill installing the SS bezel, but not enough to matter, and it just looks so Wicked, and cool with that deep crenulated SS bezel, I doubt I would care about more loss anyway!

The L2Ms tail can be backed off almost 3/8″ before it loses contact with the battery, or loosens enough to come off… plenty of room for the tactical ring from the MH25! I Never really liked it on the MH25, but its Great on the L2M setup as a single cell, adds some grip to the short body, and the short setup balances great in a tac grip with the ring.

Also, the tail switch/cap from the MH25 fits the L2M, and works perfectly!

On the flip side, the L2M switch/tail does also fit the MH25, but Will Not turn the light on…

I Think that it has to do with the recess in the tail being deeper past the threads on the L2M tail, so cranked down all the way on the MH25 body, it is making spring contact with the battery, but the tail is not matting to the body end..  The recess being shorter on the MH25 tail works on the L2M body for the same reason, it bottoms out before the L2M tail would, so it works fine.      I Think. 😉

My only disapointment is that the clip won’t go onto the light and work in single cell mode… So I’ll have to make, or find another clip for it.    But honestly, I figured it wouldn’t work, I ordered it being hopeful it would work, and barring that, hopeful that it would fit my Jetbeam BC10… No luck there either, the L2M body dia is a fair bit bigger, the clip slips over the entire body of the BC10.

I might be able to make the clip from the Nitcore work on the L2M, if I stick the L2M tail cap in the lathe and widen up one of the grooves on it a tad, to take the clip width. Will wait and see if I order another tail cap first(want to be able to tail stand/have a protected switch), and see how it works out.

The L2M clip fits the MH25 good for dia, but it will need a spacer to take up the gap to the tail cap, to clamp it tight.

Some of this doesn’t matter if I make my own brass or copper body for it like I ordered it for, but even if I do that, I want to be able to get another drop in and keep this host in use too! 🙂 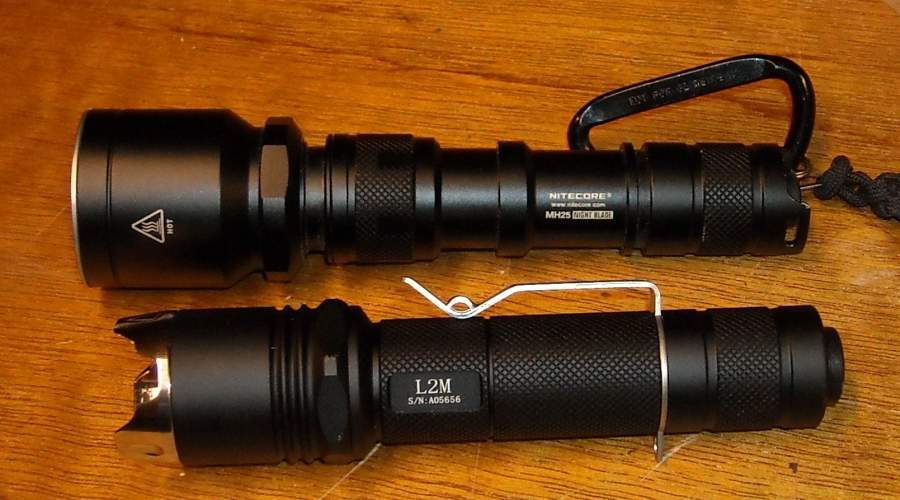 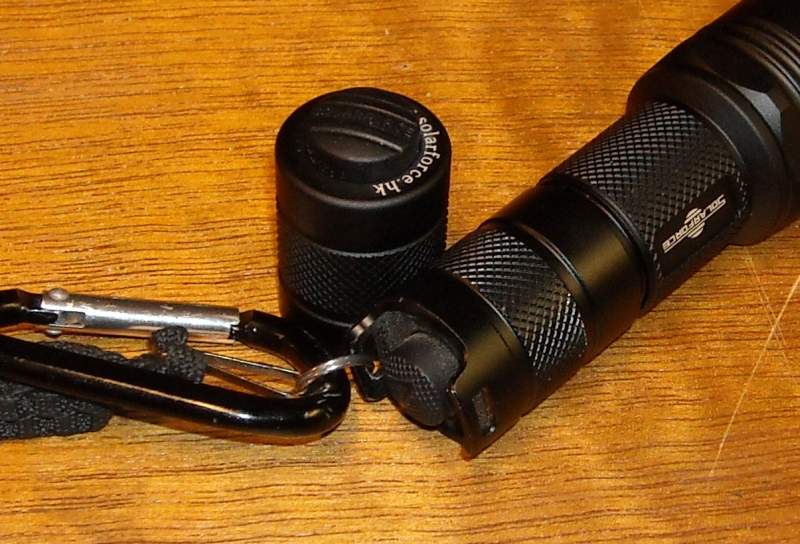 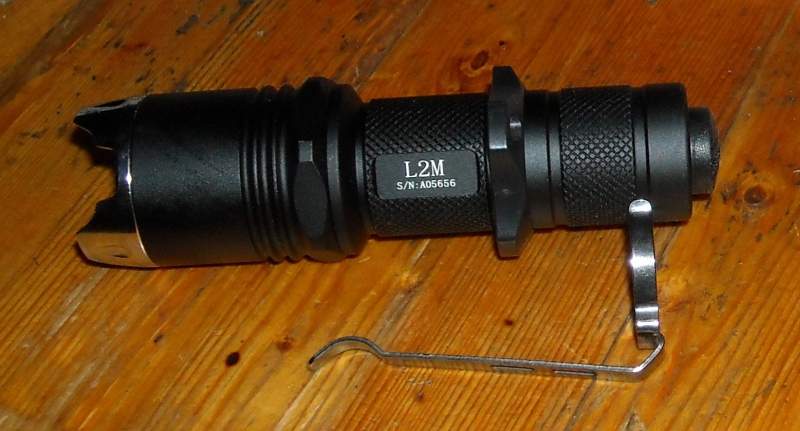